APC has no candidate for Bayelsa Guber – Ozekhome, SAN 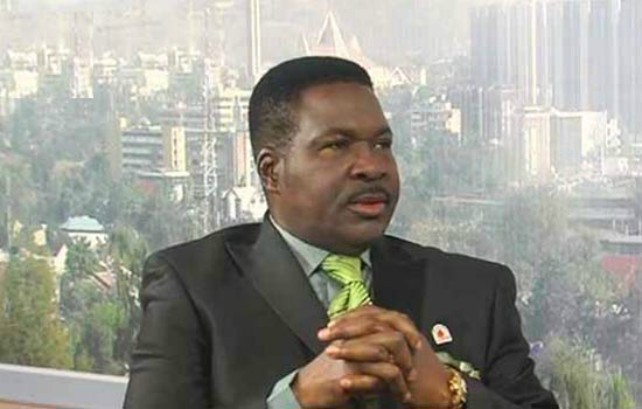 Sequel to the Federal High Court Abuja judgement nullifying the candidature of APC Deputy Governorship candidate in Bayelsa State, Constitutional lawyer and Senior Advocate of Nigeria, Chief Mike Ozekhome, has explained that the APC has no candidate for the said election.

The learned Silk while reacting to the Federal High Court, Abuja, ruling by Justice Inyang Ekwo disqualifing the deputy governorship candidate of the APC, Senator Biobarakuma Degi-Eremienyo, over false information given in his Form CF001 submitted to INEC said:

“In a landmark judgement, in a suit instituted by the PDP against the APC candidate, David Lyon and his running mate, Biobarakuma, the judge found and held that Biobarakuma gave false information in relation to his educational qualifications and went ahead to depose to an affidavit to correct the discrepancies.

“The judge held that all his documents bore different names and therefore disqualified him from contesting the forthcoming governorship elections.

“What this simply means is that any ticket devoid of a joint running mate is automatically invalid, null, void and of no effect whatsoever, because it is simply unconstitutional. The Constitution envisions and has deliberately made a governorship candidate to be a siamese twin with the deputy governorship candidate in any election, sharing the same unbreakable umbilical cord. One without the other is not competent to contest. It will tantamount to a futile attempt to play Hamlet without the Prince of Denmark or to argue that six is not the same as half a dozen. Where a governorship candidate cannot therefore produce a deputy governorship candidate, his candidature lapses into historical electoral oblivion. His aspiration abates and dies prematurely and completely. As dead as dodo. This is the law. No sentiments about it. No lachrymal effusion. No politics.” he said

AYEMIDEJOR CONGRATULATES OKOWA ON HIS VICTORY AT THE APEX COURT

Engr. Gideon Ikhine: The “New kid on the block”

THE CHIEF OF STAFF TO THE SPEAKER OF DELTA STATE HOUSE OF ASSEMBLY,  DR EBENEZER…