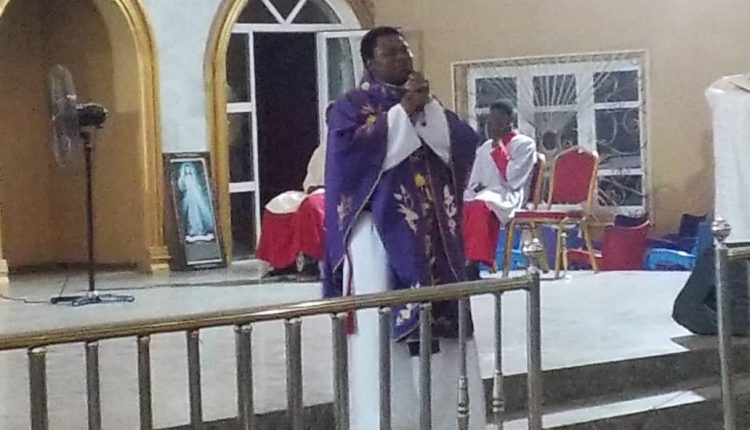 The lenten period commenced on Wednesday at Catholic Churches all over the world with Rev. Fr. Donatus Chukwuedo saying Christians were mourning the unabated  killings of innocent Nigerians by members of Boko Haram.

At the Catholic Church of the Ascension, Asaba, Rev. Fr. Donatus Chukwuedo said Catholics were mourning that was why the faithful were adorning black attires. 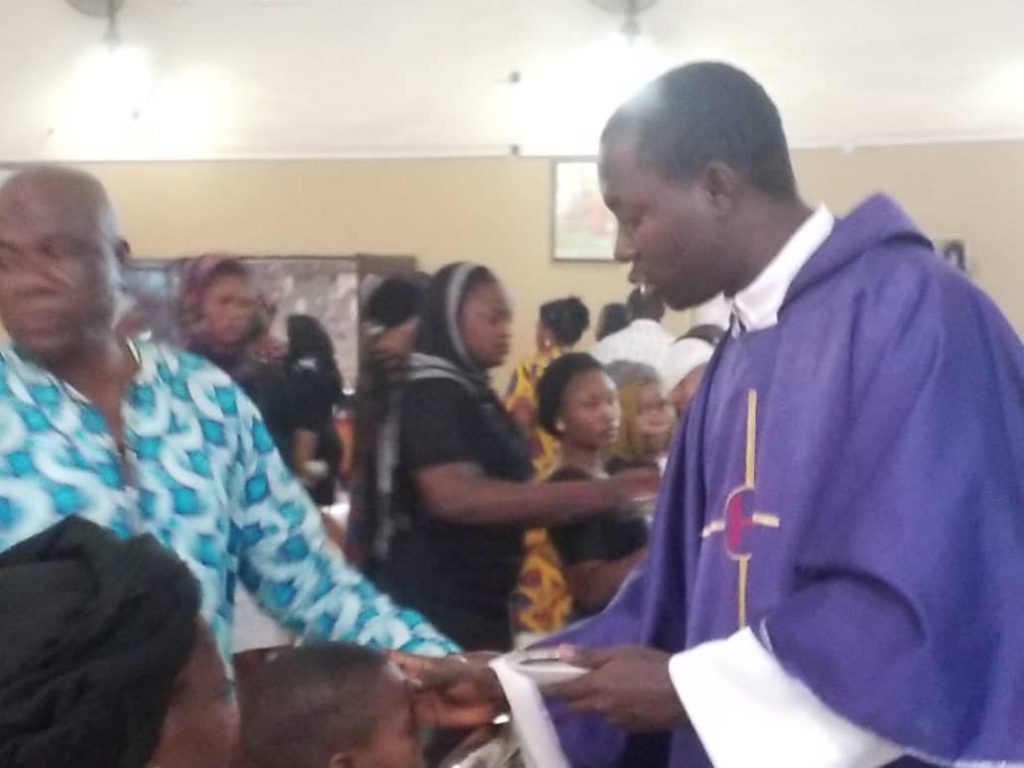 He observed that it was sad that the killings, shedding of innocent blood were going on unabated and those in authority were doing little or nothing  to keep a check on the situation and that God would intervene in the affairs of the country.

The Priest called on Catholics to be prayerful and accommodate other Christians, noting that with a united church, the issue of persecution would be a thing of the past. 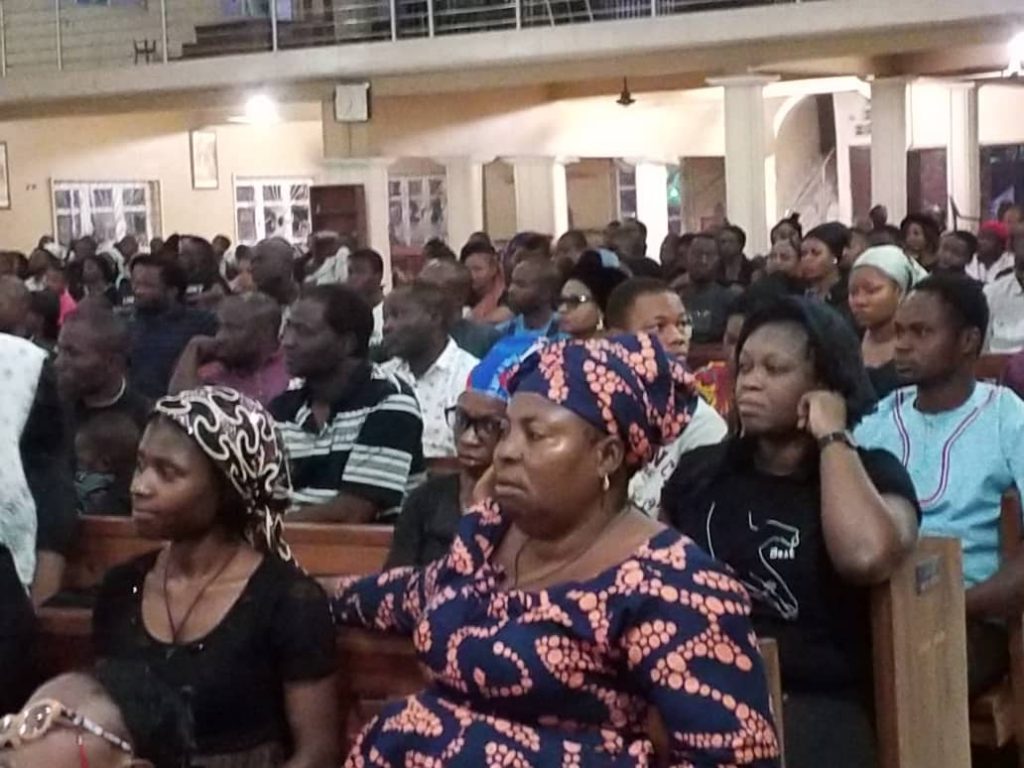 He said, “We begin the lenten season with fasting, prayers, and almsgiving and above having pains in our hearts for our sins, we must repent. This is the best time to repent.

“The ashes should be a reminder of our nothingness before God, acknowledging our frailty, looking up to God for His intervention. 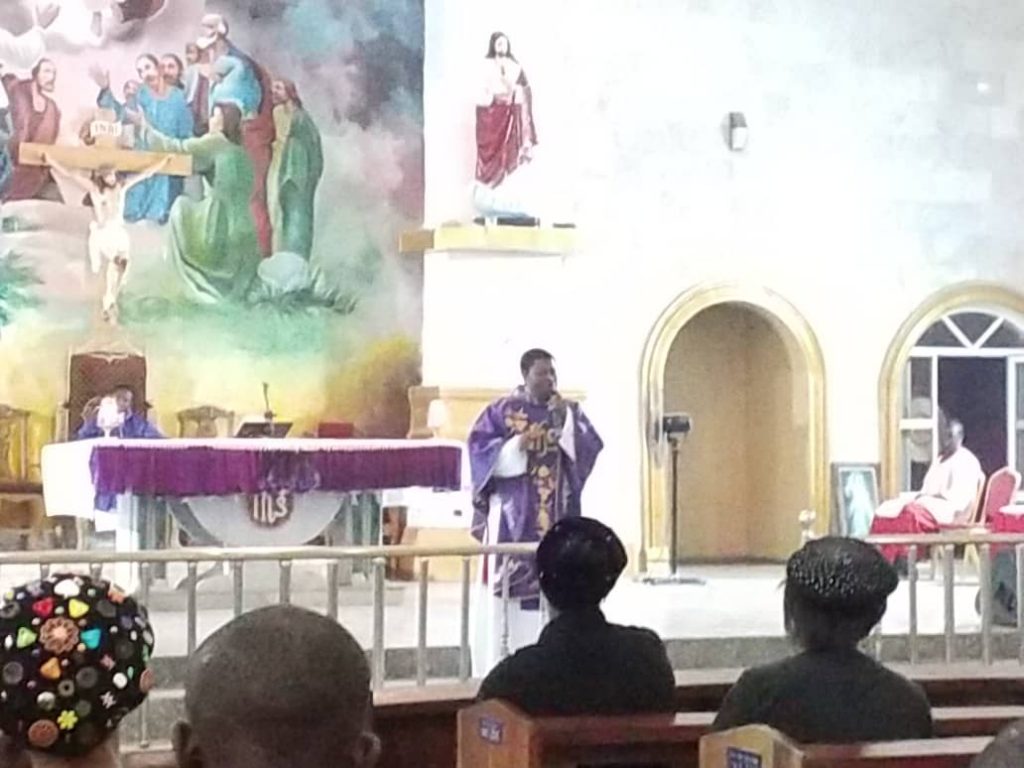 “We are crying, we are mourning, we are tired and  sick of the killings going on in our country and putting on black clothes on a significant day as this is our own way of calling on God to save us and we are mourning with the families of those who lost dear ones.

“These are killers, deriving joy in spilling human blood; whenever they kill, they cheer themselves; Christinanity is under threat; Christians should be united to fight the common enemy, we should stop fighting ourselves. 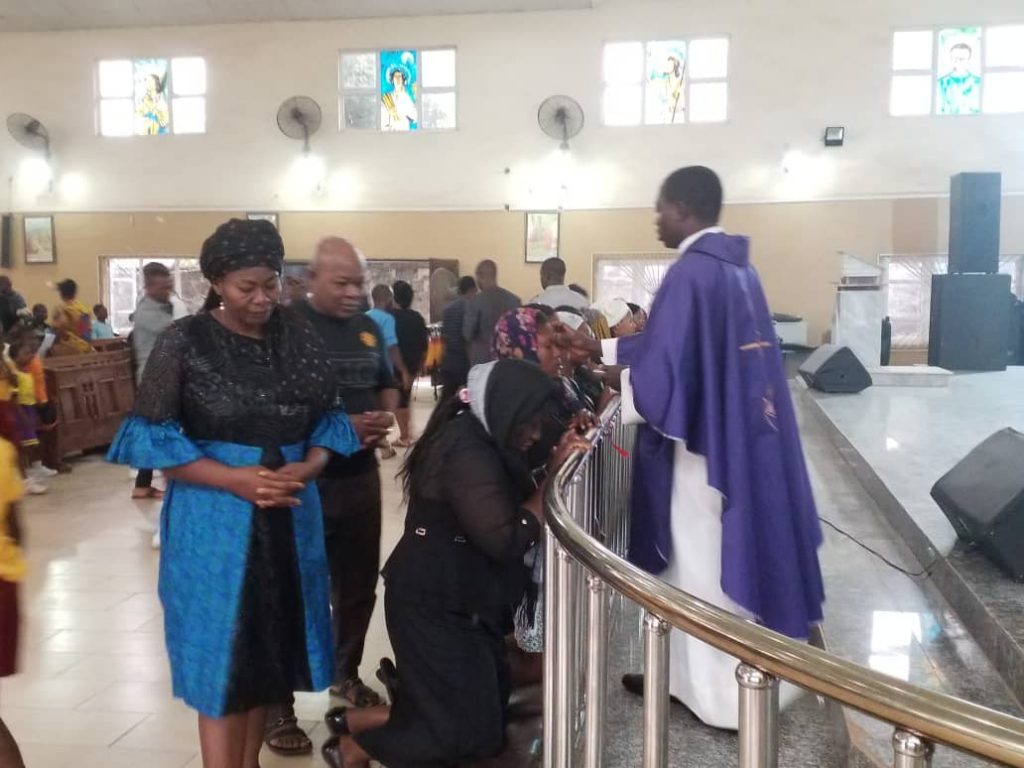 “As Catholics, we should practice Catholicism by our actions, showing love to all.

“Catholic is the mother church and every other christian is free to attend the activities of the Catholic Church; Pentecostals are free to attend the stations of the cross because, if Christians should stand up and speak with one voice, these killings will stop. 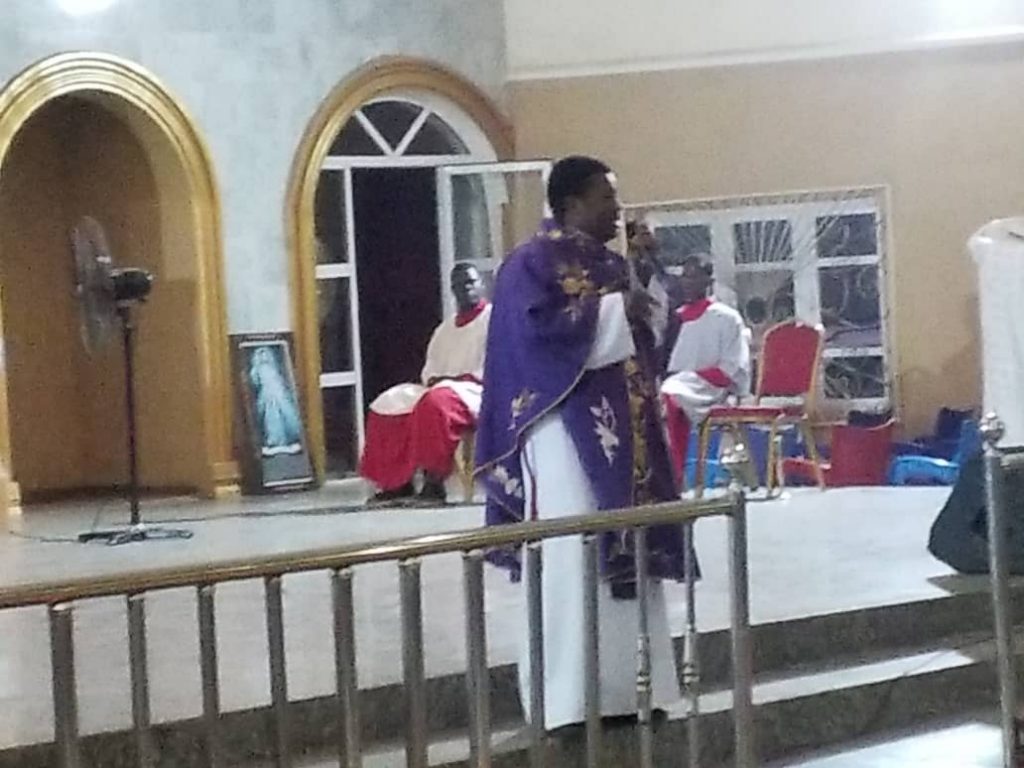 “The love for money is affecting the truth of the gospel and many are founding churches without considering the need to be united as children of God because, Islam is not a religion of peace.

“No religion should be preaching and celebrating violence, killing and promising rewards for those who kill the innocents. 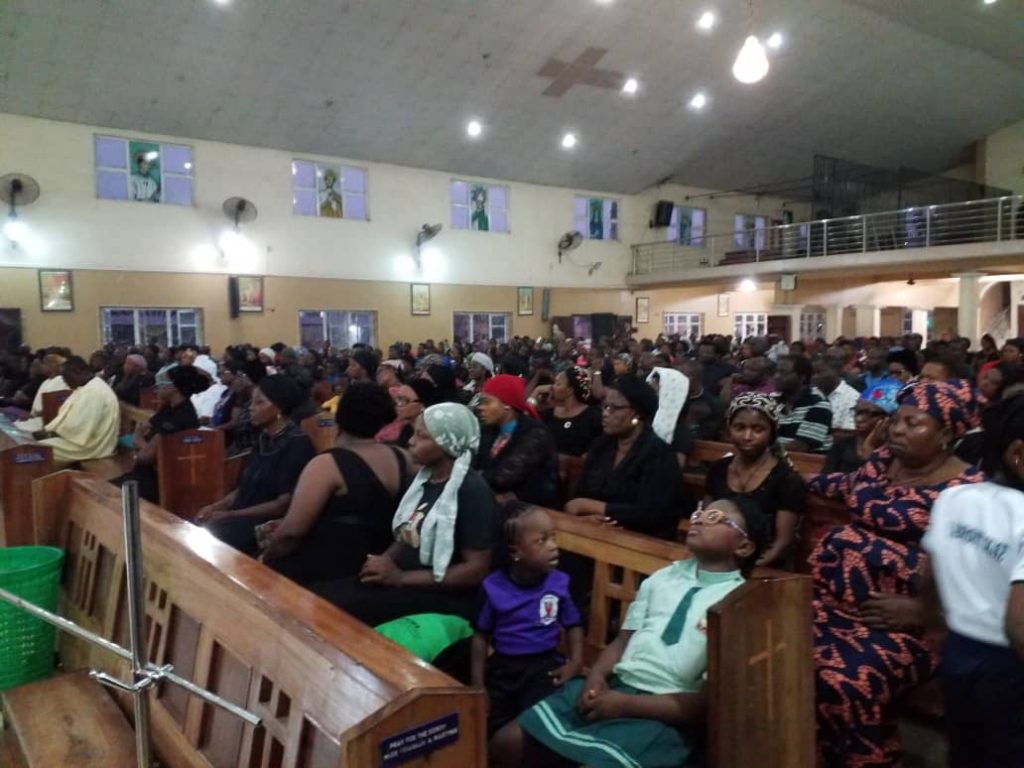 “If members of Boko Haram do not repent, God will send them to the pit of hell, they should repent and those who say that they are our leaders should make practical efforts to stop the killing, terrorism; no one should derive joy in the suffering of others.

“How can you shut down where food is coming from and open the borders to those who are coming to kill and maim? Who are the bandits? Who are the faceless people that are attacking us? Where are they coming from? What is their mission? 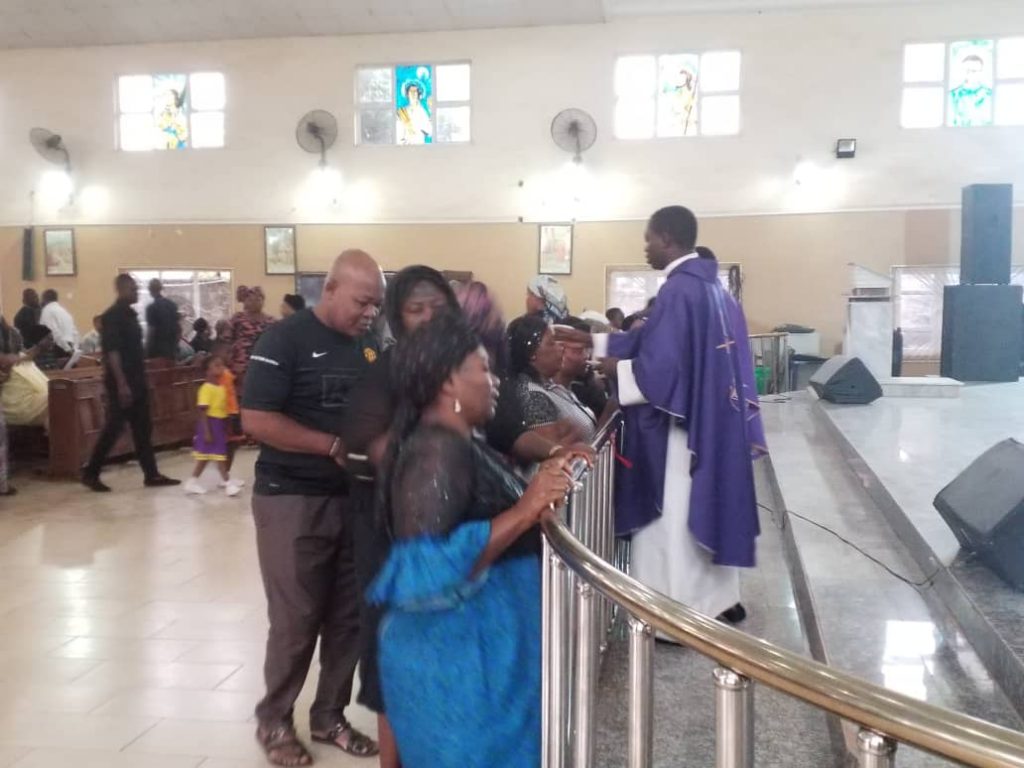 Our  Correspondent reports that this  year’s Ash Wednesday was very solemn, the hymns were those rendered during funerals and the pains in the hearts of the worshippers could be felt as they were almost in tears after the Holy Mass which featured the symbolic rubbing of ash on the foreheads of the Catholics by Rev. Fr. Chukwuedo and his assistant, Rev. Fr. Solomon Ugwummadu. 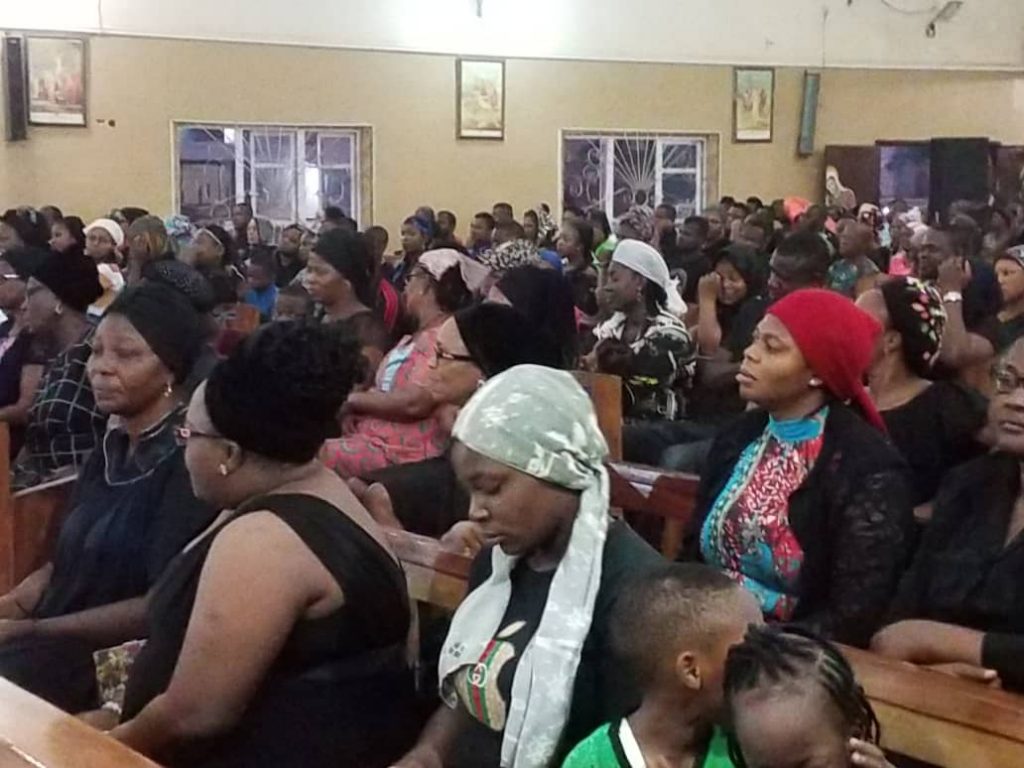 WEDNESDAY, FEBRUARY 26, 2020: FROM THE DELTA STATE HOUSE OF ASSEMBLY