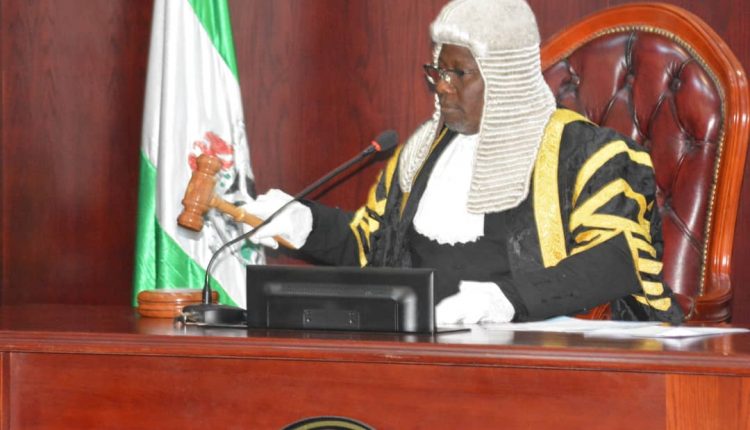 The State House of Assembly has approved the request of the State Governor, Senator Dr Ifeanyi Okowa for the state to accept the various term loans from money banks to major contractors in the state.

The request of the Governor was contained in a letter to the House and read by the Speaker, Rt Hon   Sheriff Oborevwori who presided over  Wednesday’s  plenary.

According to the letter, Governor Okowa said the state executive council at its 14th  meeting which held on November 1,  2019 granted approval for the state government to accept the terms and conditions enshrined in the  Contractor Finance Facility from some banks to the tune of fifteen billion naira. ( #15 Billion)

He said the state executive council also approved that the sum due to major contractors should be guaranteed by the state government by issuing appropriate Irrevocable Standing Payment Order (ISPO) for the repayment of the loan facilities.

The Governor noted that the banks will have the right of first refusal while any bank that fails to meet the approved benchmark pricing will have it’s portions  devolved to the next willing bank.

He said the purpose of the letter was to seek the authorization of the House for the state government to accept the various terms loans from deposit money banks to major contractors.

The Majority Leader,Honourable Tim Owhefere moved separate motions for the House to receive the letter for further consideration and for approval of the request and was seconded by the members representing Oshimili North and Chief Whip Honourable, Pat Ajudua and Aniocha North, Honourable Emeka Nwaobi and adopted.