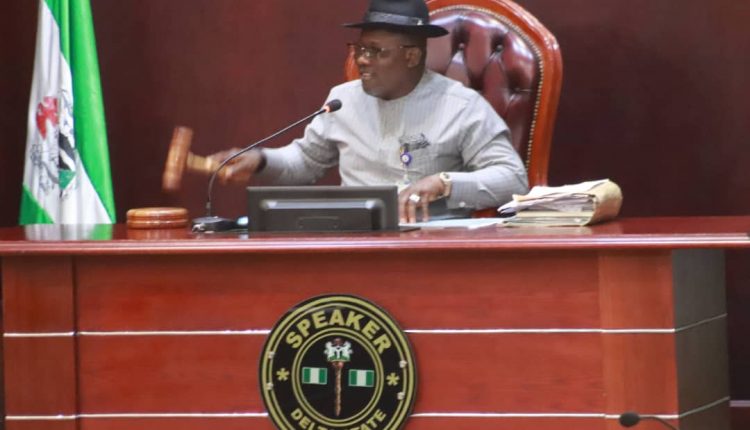 The Delta State House of Assembly has approved a request by Governor Ifeanyi Okowa for the construction of access road from Nigercat junction alone DSC-NPA expressway through Izakpo road to the new Tankers park, Ekpan in Uvwie local government area.

The   project to be executed at a cost of Two point Eight billion naira is to be financed under the Alternative Project Funding Approach (APFA), hence the request to the house for approval inline with the relevant financial laws of the state.

The approval is sequel to a motion to that effect by the Majority Leader, Hon  Tim Owhefere, seconded by the Deputy Chief Whip, Hon Solomon Ighrakpata and unanimously adopted.

The Governor, Dr Ifeanyi Okowa in a letter to the house, read at plenary by the Speaker, Rt Hon Sheriff Oborevwori, said the move was informed by the desire to further consolidate on the development strides of the administration and enhance the quality of life in Warri, Uvwie and environs.

The Governor  disclosed that the state executive council had at its sixth meeting held in December last year, considered the construction of the access road by Delking Multiple Concepts limited at the said contract sum of two point eight billion naira.

According to the Governor, the repayment of the amount shall be moratorium of twelve months post award of contract on payment of principal.

He disclosed that payment of interest on funds released within the first twelve months at an interest rate of eight percent per annum amounts to three hundred and seventy five million naira.

Dr Okowa explained further that payment of principal to be made over a period of twenty four months in monthly installments attracts Irrevocable Standing Payment Order to be issued not later than thirty days after award of contract and monthly repayment over a thirty six months period.

The Governor who attached a copy of the amortization schedule as drawn up by the ministry of finance, said the purpose of the letter was to seek the authorization of the House for the execution of the aforementioned project, through the adoption of the Contractor Financed Model as mentioned above. 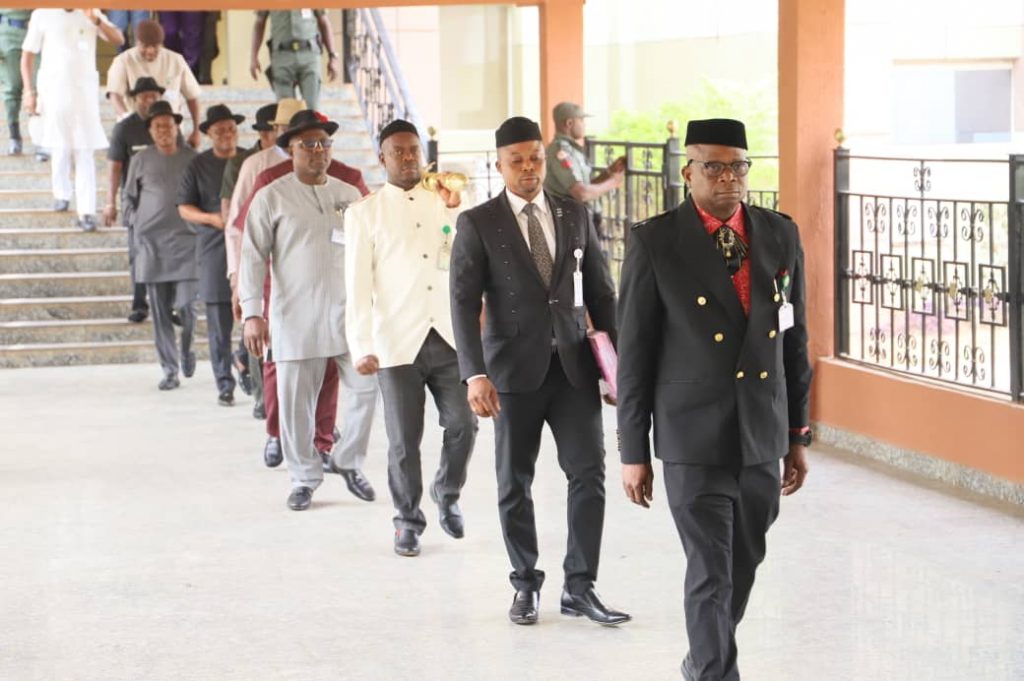 The letter entitled “ Request for approval for the construction of access road from Nigercat junction alone DSC-NPA expressway through Izakpo road to the new Tankers park, Ekpan in Uvwie local government area”, was  personally signed by the Governor and addressed to the Speaker.

WEDNESDAY,  FEBRUARY 12, 2020: WHEN THE EXCO OF HOUSE OF ASSEMBLY CHAPEL CAME CALLING ON THE SPEAKER, RT HON SHERIFF IN HIS OFFICE