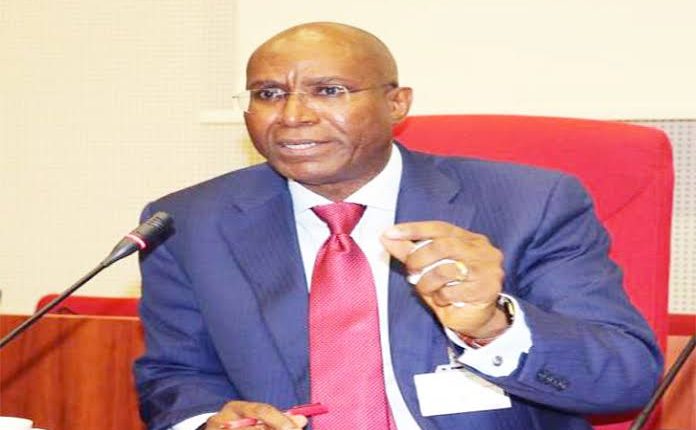 The Deputy President of the Senate, Senator Ovie Omo-Agege has felicitated with Muslim faithful on the occasion of Eid-El-Maulud, the birthday of the Holy Prophet Muhammad.

In a statement on Sunday signed by Mr. Yomi Odunuga, his Special Adviser on Media and Publicity, Omo-Agege particularly charged Muslims to emulate the life of the Prophet (SAW)

The lawmaker representing Delta Central Senatorial District stated that it is only by so doing that unity and peace can be attained.

He was upbeat that the important Islamic ceremony of Eid-el-Maulud would help to promote religious tolerance, peaceful coexistence and mutual harmony among all Nigerians.

“Prophet Muhammad preached peace, truthfulness, faithfulness and he eschewed all vices including corruption and bitterness. Muslims should stick to his preachings. The Prophet was a complete man of peace,” he said.

Also, the Deputy President of the Senate has congratulated Elder Statesman, Alhaji Mamman Daura on the occasion of his 80th birthday.

In a congratulatory message personally signed by him, he described the octogenarian as a ‘pillar of strength and inspiration to many’.

The message reads: “I heartily rejoice with you as you cross yet another milestone to become a truly distinguished octogenarian – a fountain of inspiration and wisdom to many individuals from all walks of life.

“In a continent where being elderly inspires reverence and where foreign ‘experts’ put life expectancy at a few decades less, reaching such milestone along with the accrued experiences over the years means a lot to family, friends and the society.

“The focus, humility and strength of character that you have built over the past decades during which you traversed the Civil Service, Journalism and the Banking System have helped to make you a formidable pillar of support for our nation’s dear President in handling historically weighty issues of the State”.

Omo-Agege prayed God to grant him more productive years ahead.

Happy 70th Birthday to the Political Adviser to the Speaker, Delta State House Of…

PHOTONEWS FROM 2020 DELTA TALENT DEVELOPMENT SUMMIT, WITH THE SPEAKER OF DELTA STATE…

IMAGES FROM THE TRADITIONAL MARRIAGE CEREMONY OF  HAPPY OHWORUWEVWI AND MR  …