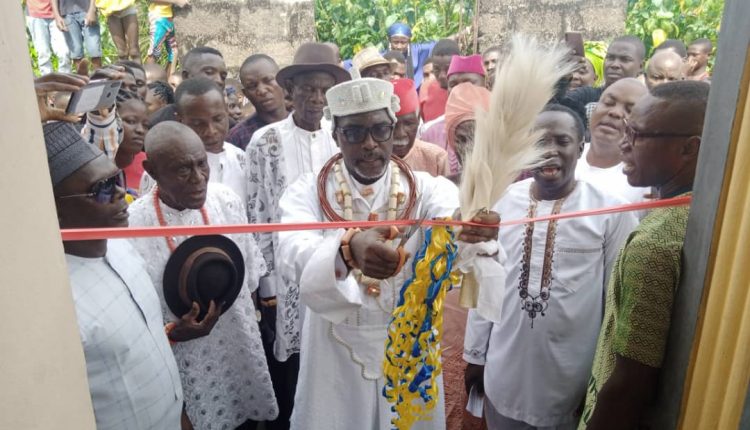 The monarch of Peretoru Kingdom, in Ekeremor Local Government Area of Bayelsa State, His Royal Majesty King Timi Odikeme Okere Foukeregha IV, has  donated a three bedroom bungalow, seven wheelchairs and musical instruments to some of his subjects as part of efforts to fulfill his promises to his people and to celebrate the St Valentine’s Day in a grand style with them.

The three bedroom bungalow which was built by the monarch, was donated to Pa Light Ikede, an elderly man in the community.

The monarch also donated seven wheelchairs to seven physically challenged persons in the community while the complete set of musical instruments was  donated to the Trumpet Boys of the community. 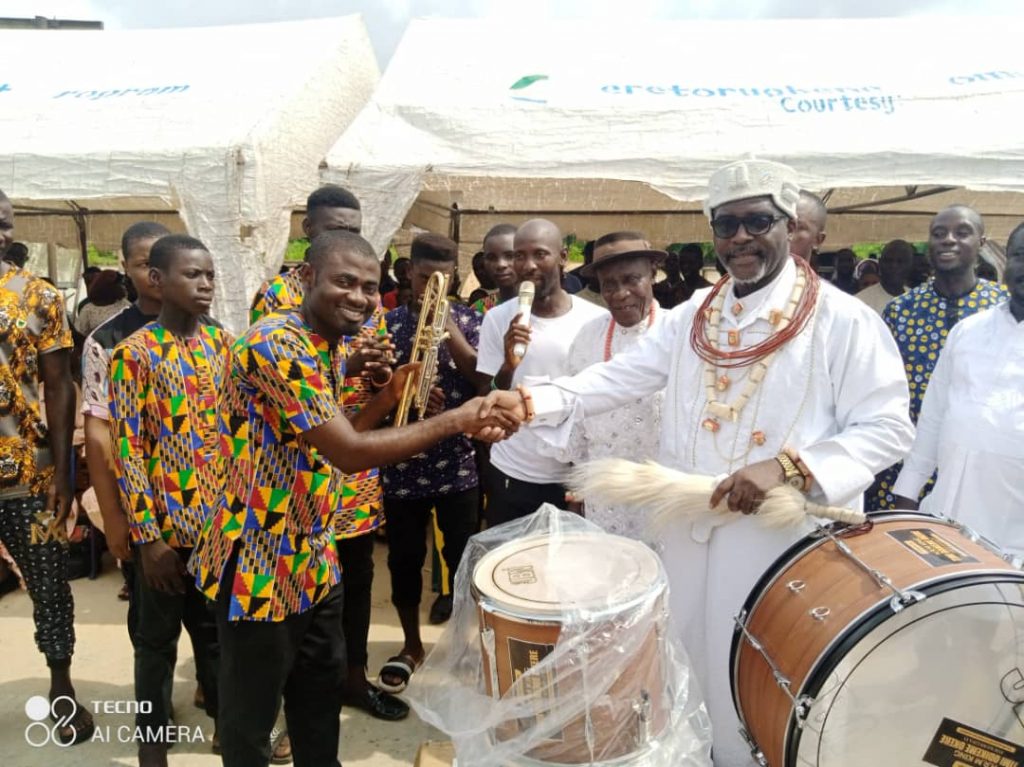 The monarch while addressing the people who gathered at his Palace at Peretoru community at a colourful ceremony said the gesture was in fulfilment of his campaign promises to affect the lives of his subjects.

He said, “I am a man that stands by my  words. I was taught by my father who  strongly  believed that a man must do what he said he is going to do. That is the principle I stand on today”.

“When I make promises I don’t make empty promises. At the venue today the people were reminded that I have fulfilled nearly all the promises I have made to them. As for the ones that are still remaining as time goes on, I will fulfill them. 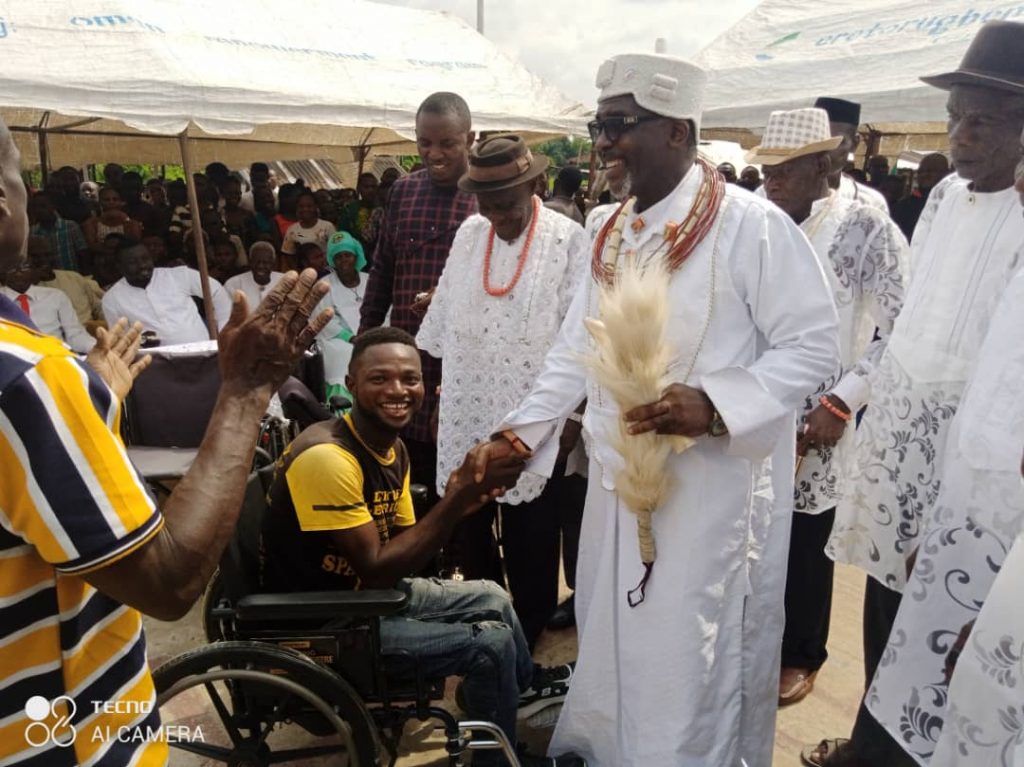 “I chose today to donate these things to some of my people because today is St Valentine’s day. It is a day to show love and if you look at all the gifts I have given out today it represents the true definition of love to the less privileged in the society”, the monarch said.

“Christ is love and as a Christian I have to imitate Christ by showing love to my people”, he added.

He said one of the reasons why he decided to build a house for Pa Ikede was to show his kingdom that in life there is always hope for change.

He said, “The day I first went to the house of this highly respected and truthful man in our community, I wept. There is nobody in this community that does know Chief Light Ikede. He is a man that believes and stands for the principle of truth. 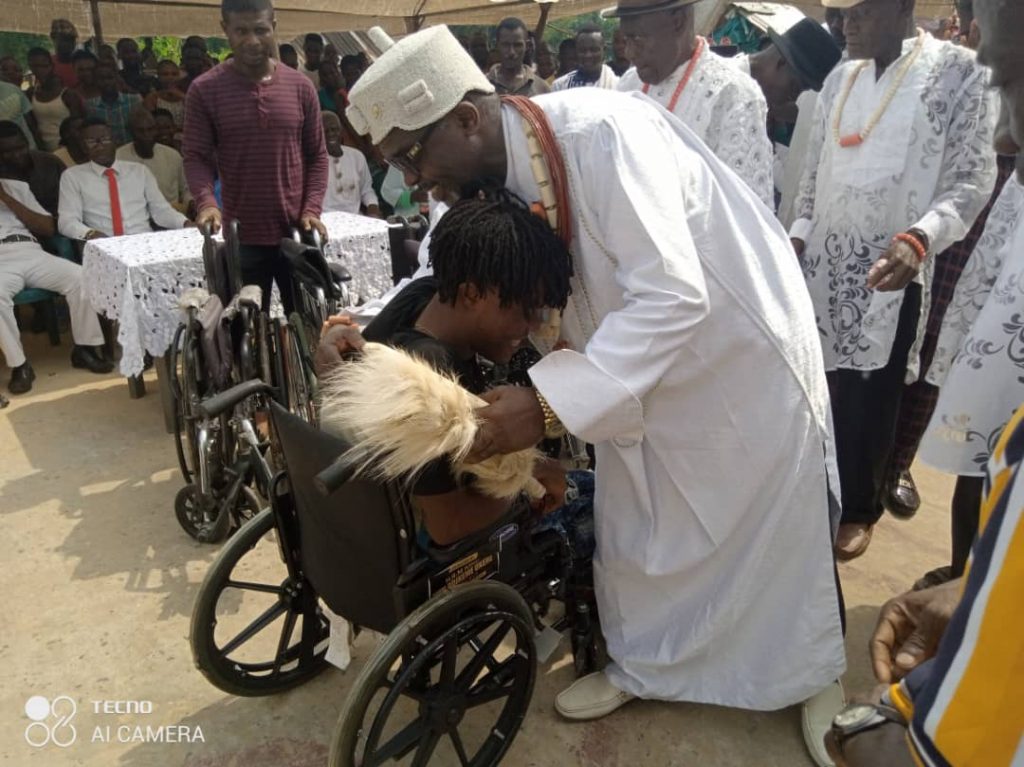 “When I got to his house, I felt so bad to see this highly reputable man living in a shank. That day I made him a promise that I am going to build a befitting house for him with God on my side sitting on the throne.

“Another reason why I decided to  build the house for him is that he stood by me through thick and thin all through the election period that brought me to the throne.

“This man went to 72 churches to make vows to God that if I win he will fulfill his vows. And when I won he did not even come to me to ask for money. He paid all the vows through the little gifts he received from people and did Thanksgiving in more than 20 churches.” 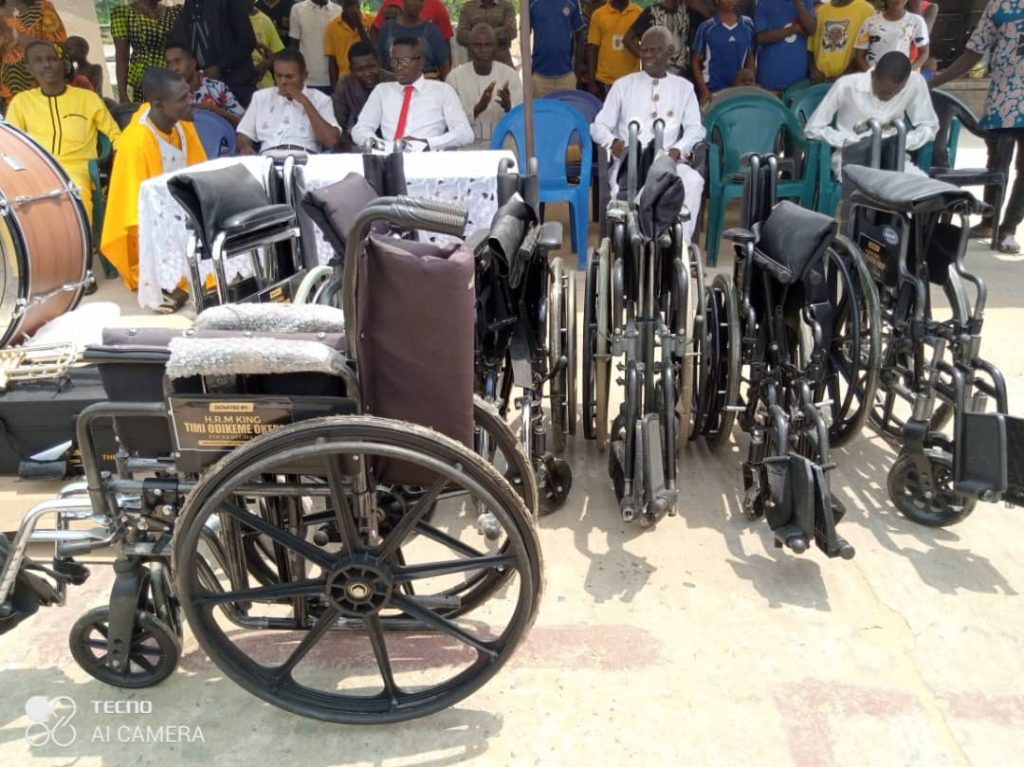 “This is the reason why I built that house as my first major project when I became the King. I did it to show him that I love him. It is also to tell the whole Peretoru Kingdom that even though my father is no more, I have a father in the person of Chief Light Ikede. If they respect me then they should respect him. As the father of the King he should be given that Honour.

“I want to tell my people that I love them so much. It is the love I have for them that made me to   leave Chevron, where I was working even though I have about eight more years of service to make more money”, the monarch added.

The royal father  said he had to resign his well paid job  at Chevron to come and serve  his people. 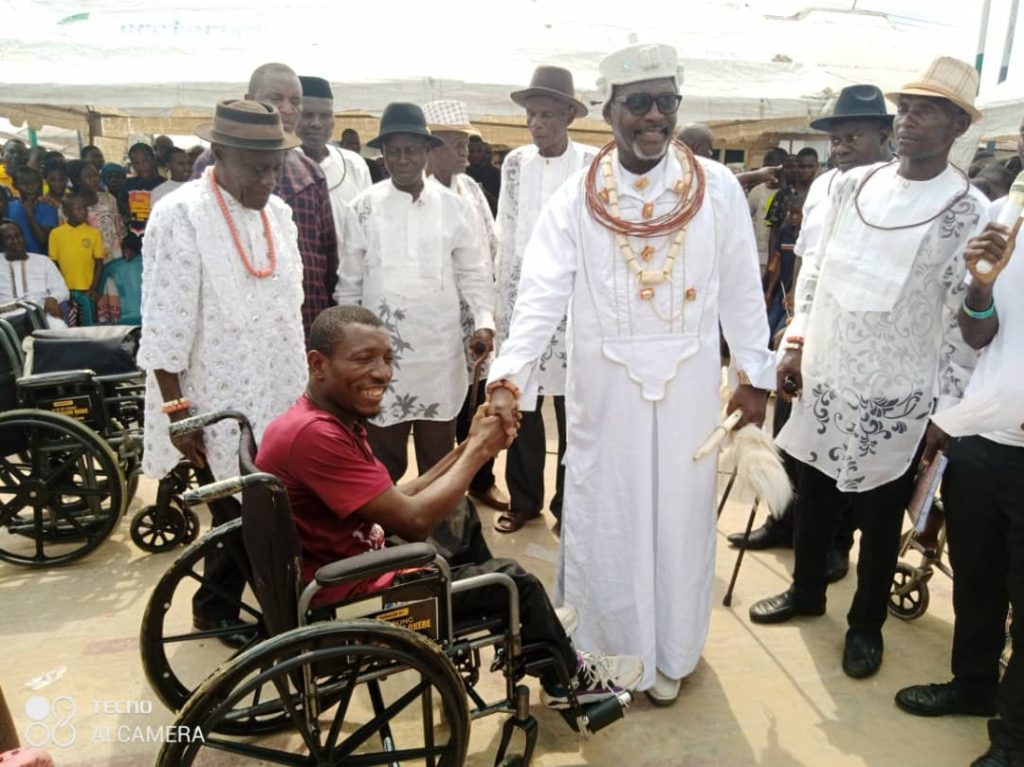 He said, “It is an expression of love, it is  an expression of trying to change the dynamics of this kingdom. And with God helping me, he had brought me to the throne, he knows what he is   going to do through me in Peretoru. I tell them love everyone in the community. “Let forgiveness prevail. Sin may abound, offence will come but let’s always forgive”

“I do not owe any grudges in my life. Everyday I sleep like a baby. My blood pressure has never in my life risen above 120/70.The reason   is because I do not think about anybody before going to bed. I love everyone and I want them to emulate my character and be like their King.”

Chief Light Ikede, the  a 74 years old man who received the house  while speaking to Journalists said he was very happy for the gift. 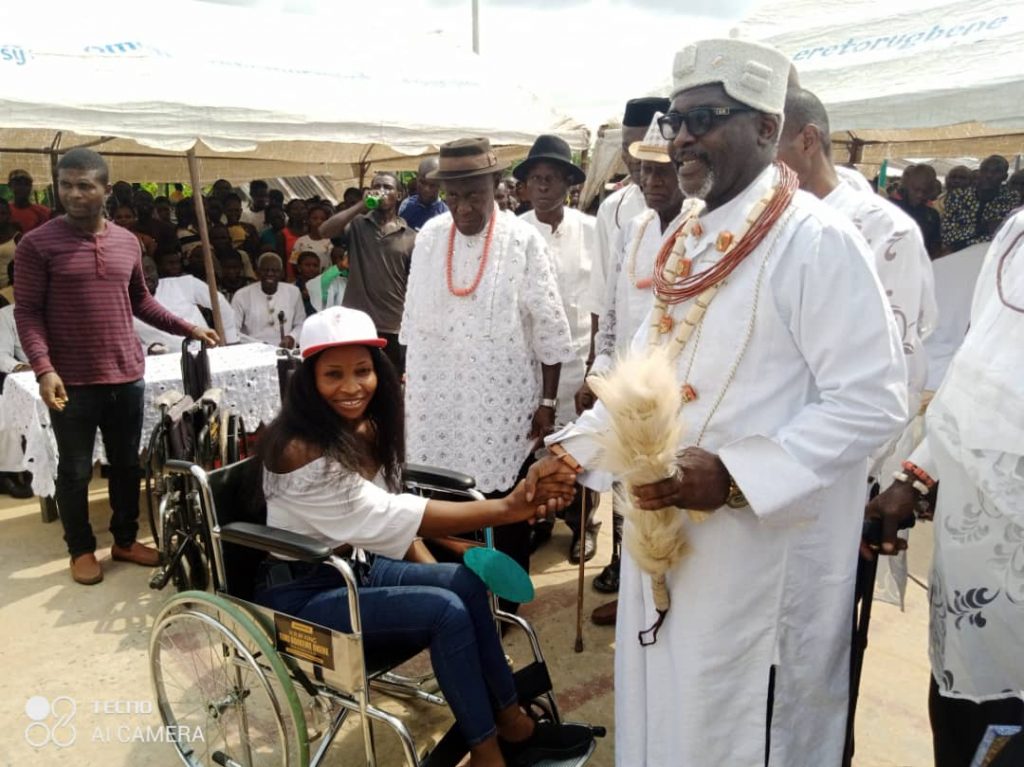 He said he never expected such a gift from the monarch noting that it was God that used the monarch to help him.

He said, “Today I am very happy. It is not good for somebody to be poor. People in life should be given the opportunity to live a better life.

“I never expected this type of structure to be given to me. If you see how this place was before you will weep. But today look at what God has used the King to do for me. Uneasy lies the Head that wears the crown. I never expected this kind of gift. I will say that this is a divine assignment given to the king by God. I really appreciate the monarch for this house and pray God will continue to bless him and make his reign peaceful.”

One of the beneficiaries of the wheelchair, Miss Anabel Theophilus thanked the monarch for recognizing the physically challenged in the community. 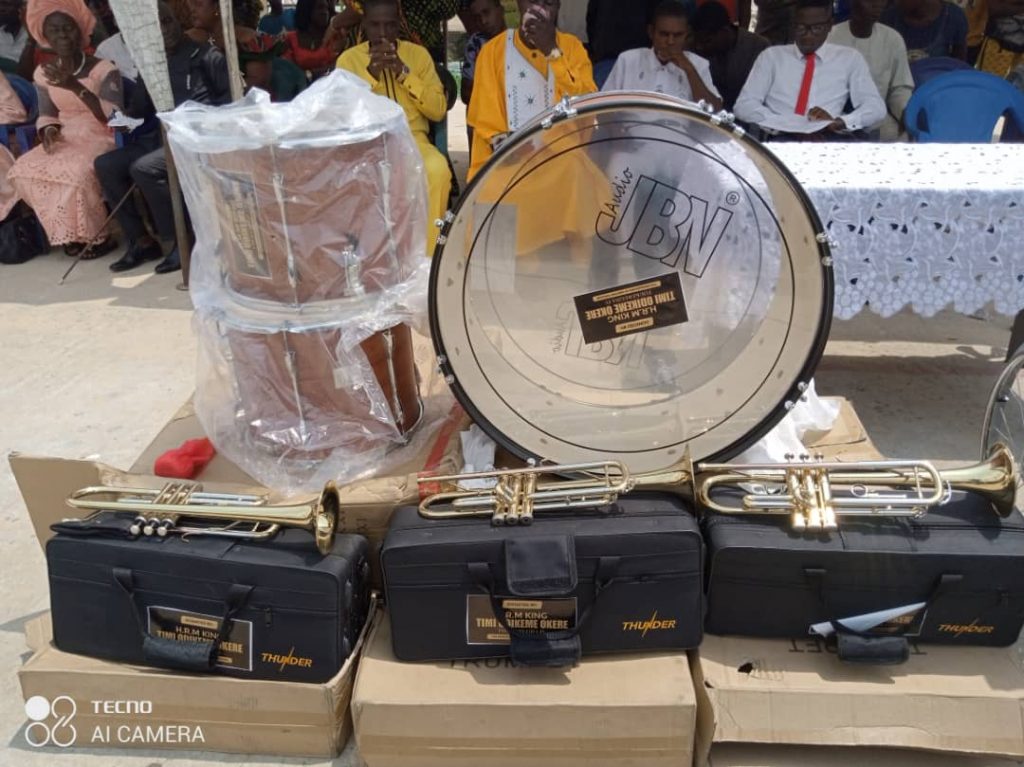 “Today I am very happy. As you can see my wheel chair that I have is very bad. But today our king  has put a smile on my face by giving me a new wheel chair so I can go anywhere freely and easily without much help.

“I want to thank the Highness for what he has done for  us. I pray that God will bless him more so that he can continue to help other people in the community. God will supply him all his needs in Jesus name,” she said

Another beneficiary of the wheelchair, Mr Gospower Moses who is also an SSA to Governor Duoye Diri of Bayelsa State, on Disability, thanked the monarch for the show of love. 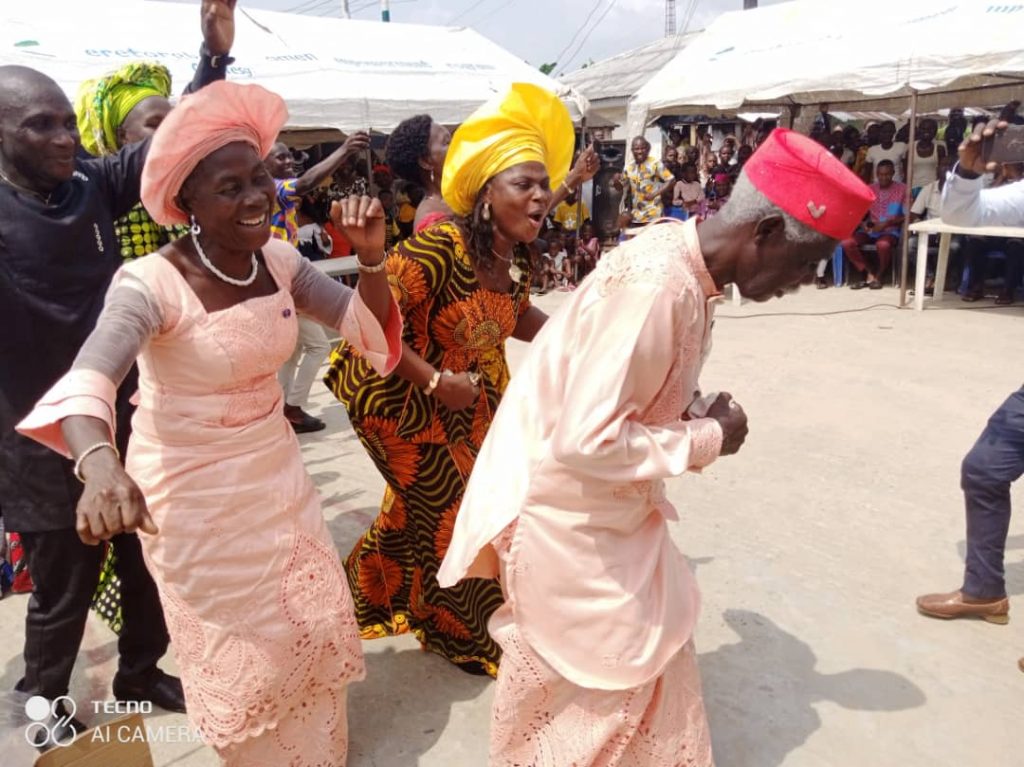 “I pray that the Almighty God will continue to bless him so that he will do more for other people. For those of us who received the wheelchairs I pray that God should bless us so that we  can give others too. 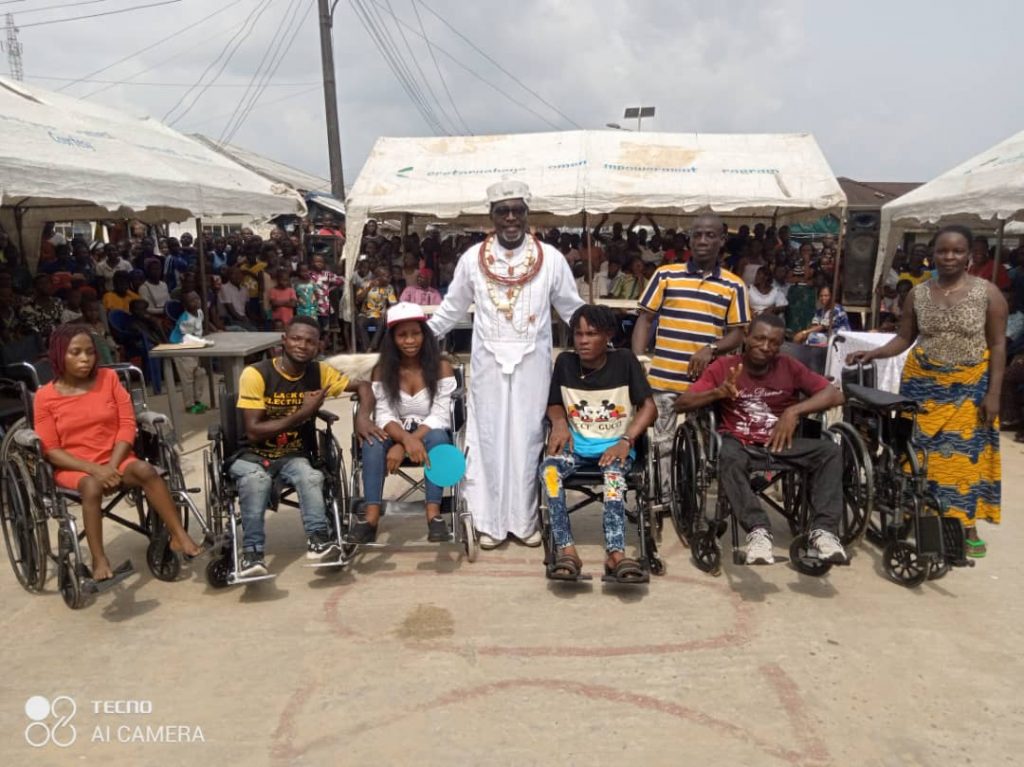 WEDNESDAY, FEBRUARY 17, 2021: FROM THE DELTA STATE HOUSE OF ASSEMBLY