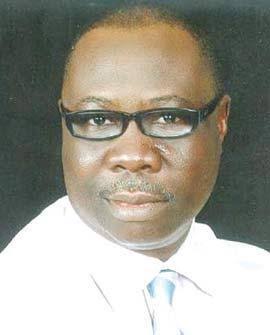 The ” BRACED states” an acronym for Bayelsa, Rivers, Akwa IBOM, Cross River, Edo and  Delta States, also known as the core Niger Delta States. The BRACED Commission was established as an umbrella development Agency to facilitate the Niger Delta States to foster economic cooperation and prosperity, issues of inter and intra infrastructural development for the region . The initiative and overall objective of the initiators could have been fantastic but Implementation of the processes to achieve the core objective have largely been faulty and finds it hardly taken- off the ground. However, absolutely nothing has been seen or can we pinpoint an iota of any program from the initiators.

It is even insinuated in some quarters that the annual gathering is merely seen as an extreme exotic social gathering of some privileged few to frolic with the angelic damsels old enough to be their daughters selected from educational institutions from across the region who are ferried by buses to Government houses. This social gathering is always the high point of such annual meeting of the commission and it goes on and on year after year. In fact the fate and present status  of the BRACED commission is unknown and presently in a state of comatose and in an intensive care unit waiting to be pronounced dead and passed on to an undertaker ditto the economic status of the states in the region all with decrepit infrastructure crying for attention, over bloated workforce because there are no industries to absorb the ready teeming workforce

Now many reason could be adduced for this sorry picture that has come out of the region in spite of the high revenue that keeps coming into the region from the Federation Accounts Allocation Committee. Chiefly amongst them is the lack of ideas to devise a clear pathway to development issues and how to actualize and crystallize models. The idea of “Mister – Know-it- All” once we attain position of leadership erodes the benefit that would have come to our people because of lack of imbibing sound professional advice from within and without cabinet appointed by the Chief Executives of the states. There is also the style of mixing politics with economic development which are not always compatible. We must divest politics from development and it is only when this is done we can now see a pathway through.

There is also uncoordinated development policies and plan of action for many of the states, the style the Chief Executives  employs is what I will describe as “Ad-hoc ” the style that soothes only their fancies. The advocacy for the Niger Delta states to jointly or even if they have intrinsically decided to pursue individual processes and economic emancipation of their people, it is not paying well and it is bad for the region and its populace. This is not the way to go and we must change our attitude and style and our understanding of the word ” infrastructural development.”

We have heard so many times the many  potentials that can be identified across the states which are wasting away due largely to lack of vision and unwillingness to learn on the part of the Chief Executives of the states.

We have to advocate for the establishment of a pool of funds such as a “Sub- Sovereign future fund”. The states would be required statutorily to donate a fixed amount monthly from source and put in this Sub – Sovereign Fund to be domiciled with the Central Bank. This sub – Sovereign future fund could be used as a bond to access funds from multilateral funding agencies from around the world to fund mega projects such as regional  Rail line , refineries, seaport, power plants, water, schools, road infrastructure, petrochemical plants, hospitals, aquatic parks for tourism and recreation activities. For instances we should by now have a rail line to run from Obudu, in Cross River State through to Ofosu, a border town between Ondo and  Edo State.. Also a new East – West road running from Obudu to Ofosu, inter states monorail and tramps to boost public transportation systems could be funded from such fund. Your guess would be as good as mine when you imagine the workforce that is required to drive the above listed projects and we keep talking about unemployment in the region and Nigeria.

The recurring claim that the terrain is difficult to develop for me is a farce. It is only those who don’t know what to do will throw their hands up in the air holds such view which is inimical and anti- productive to the overall interest of our people. The terrain for me is a blessing in disguise because within and beneath the swamp is so much wealth other than the hydrocarbons that is associated with the region. We have abundant sand for massive land reclamation for us to build upon, the swamp is good for swamp rice just like the type of rice we import from Asia, the clay is good for ceramics and Tiles production, flora and fauna good for eco- water parks, massive fish and fisheries and seafood production, even the oil and gas resource are yet to be  fully harnessed by our people. We are yet to maximize the use of our high quality sharp sand resource in the region. We can export the sand to the Middle East countries that import one hundred percent of sand for their development drive. We are yet to key into the rice revolution presently going on in the country even when our soil is good for rice production.

The BRACED states must collaborate with the Ministry of Niger Delta Affairs and the Niger Delta Development Commission and the Sub Sovereign Future Fund to undertake mega projects and turn the Niger Delta States in to Eldorado. It is doable so far we can conceive the idea. It has happened in other places and it is presently happening in other climes so why not here.

Therefore there must be no reason why there should be such massive unemployed people. A well coordinated and pragmatic approach will do so much to take people of the labor queue and of course crime will be reduced to its an all time low and in turn you have a peaceful environment and space for our people to enjoy and live a more successful and prosperous quality life. But all of these  must be achieved through a judicious coordinated team of experts who’s actionable advise must be taken into cognizance.

NIGERIA @ 59: Okowa Urges Nigerians To Rekindle Hope In The Nation

Their Dubai. My Nigeria…

HOW TO KILL A COUNTRY

ATTACK ON DR. SAMUEL ADJOGBE; THE MINDLESS DEFAMATION OF A TRUE HERO

ON SHELL MD, TWO OTHERS JAILED FOR DISOBEYING COURT ORDER – LESSONS TO BE LEARNT FOR…