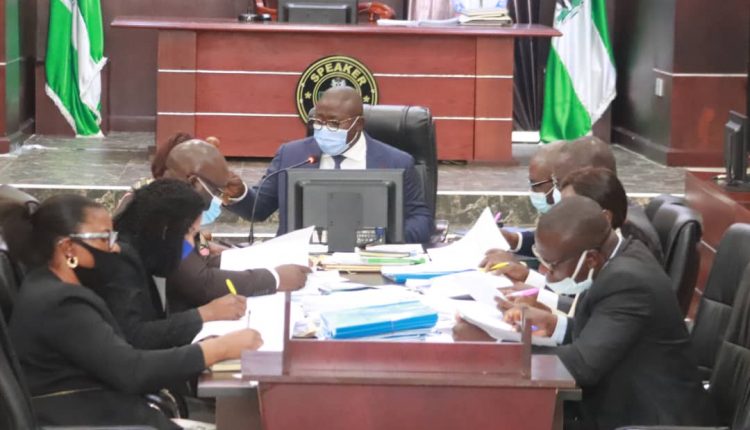 The passage of the bill was sequel to a motion to that effect by the House Leader, Hon Tim Owhefere, after the scrutiny of the report of the House Committee on Finance and Appropriation on the bill at the Committee of Supply, Chaired by the Speaker, Rt Hon Sheriff Oborevwori.

The passed budget saw an increased of five point five billion naira from the original amount presented to it by the State Governor, Senator  Dr Ifeanyi Okowa. 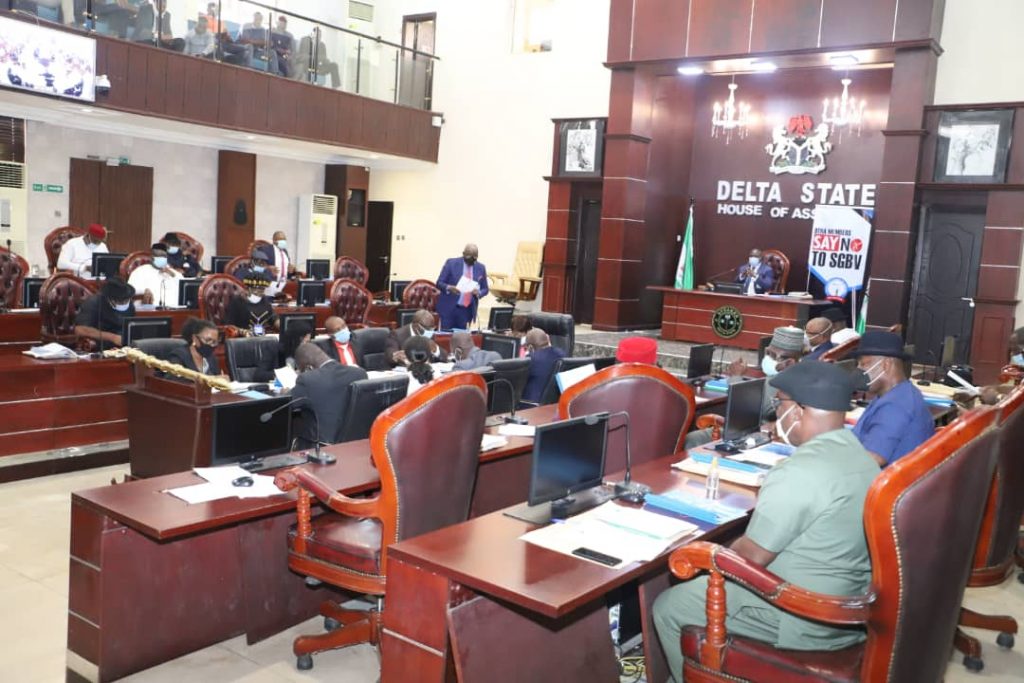 Submitting the report of the House Committee on Finance and Appropriation, Vice Chairman of the Committee, Hon Festus Okoh, announced an increase of the amount to Three Hundred and Eighty Three point Ninety five billion naira.

The Lawmaker stated that the increase was necessitated by  the need for budgetary provision for ongoing projects which were in 2020 budget but not captured in the 2021 proposed provisions.

Hon Okoh, explained that his Committee scrutinized the various reports of the sub committees recommendations, together with the objectives of the budget as enumerated by the governor during the presentation.

Hon Okoh stated further that a careful evaluation of the submissions of the sub committees and provisions in the various heads and sub heads were carried out before returning the budget size to Three Hundred and Eighty Three point Ninety billion naira.

At the Committee of supply, the report of the House Committee on Finance and Appropriation was subjected to further legislative actions where some amendments were proposed and adopted. 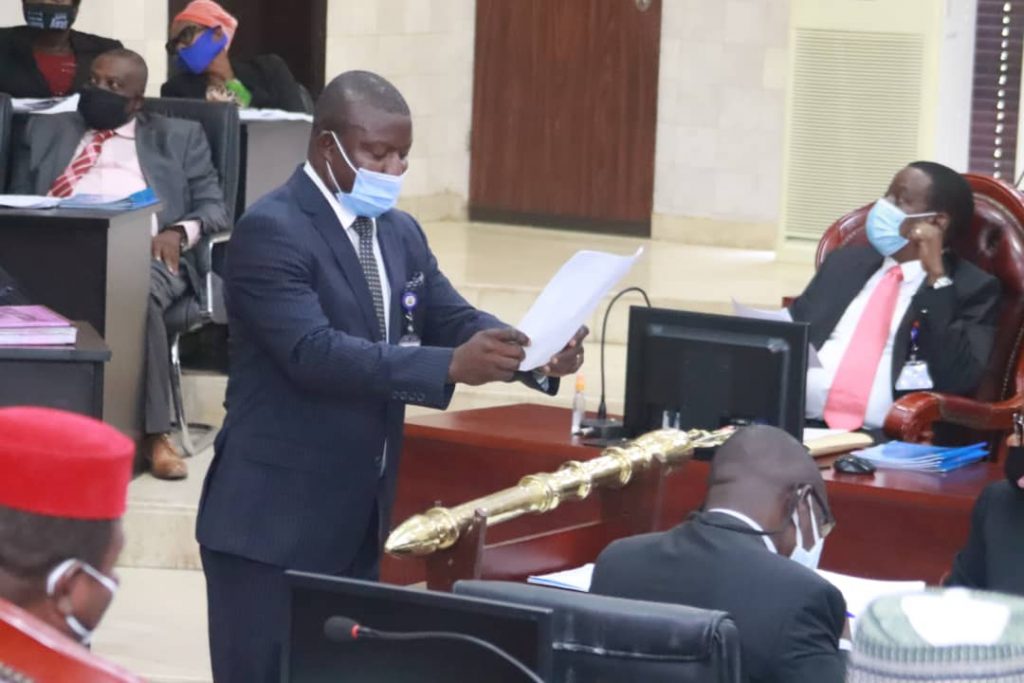 The motion for the third reading of the bill and its subsequent passage was moved by the Majority Leader, Hon Tim Owhefere and unanimously adopted.

The Speaker, Rt Hon Sheriff Oborevwori commended members for their commitment towards making laws for peace, development and good governance of the state.

The Speaker said that; “Dear colleagues, I thank all of you for a job well done. What we have done here today is in line with our commitment to Deltans as enshrined in the Constitution of the Federal Republic of Nigeria 1999 (as amended), which provides in Section 14, sub-section (2), paragraph (b) that: “the security and welfare of the people shall be the primary purpose of Government”. I therefore, thank His Excellency, Senator Dr. Ifeanyi Okowa, our amiable Governor, for his ingenuity in setting the State on a part of recovery after the economic down turn of year 2020 as a result of the COVID-19 pandemic”.

“My dear Colleagues, I must also thank you once again for your tireless commitment in ensuring that we pass the year 2021 Appropriation Bill in record time, in line with International best practice”, he added. 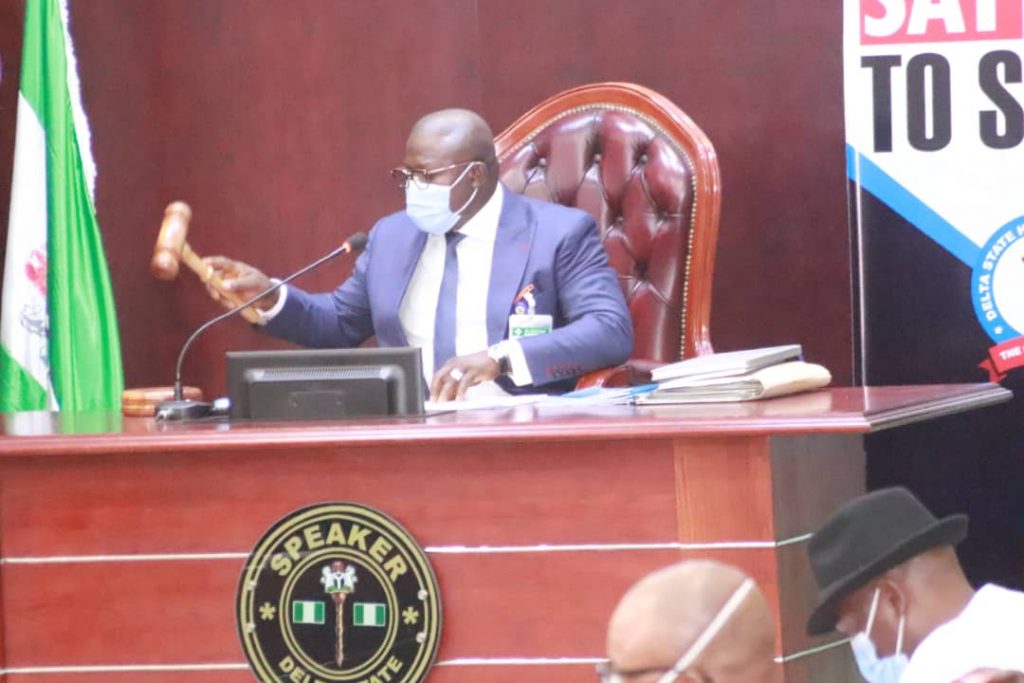 PHOTONEWS FROM THE RECEPTION IN HONOUR OF THE RETIRING PRESIDENT OF CUSTOMARY COURT OF APPEAL, HON. JUSTICE S.O.N OGENE  FCIARB,

DELTA SPEAKER, OBOREVWORI LAUDS COLLEAGUES FOR HONOURING HIM ON ELECTION AS DEPUTY NATIONAL CHAIRMAN OF CONFERENCE OF SPEAKERS

TUESDAY, NOVEMBER 24, 2020: FROM THE DELTA STATE HOUSE OF ASSEMBLY