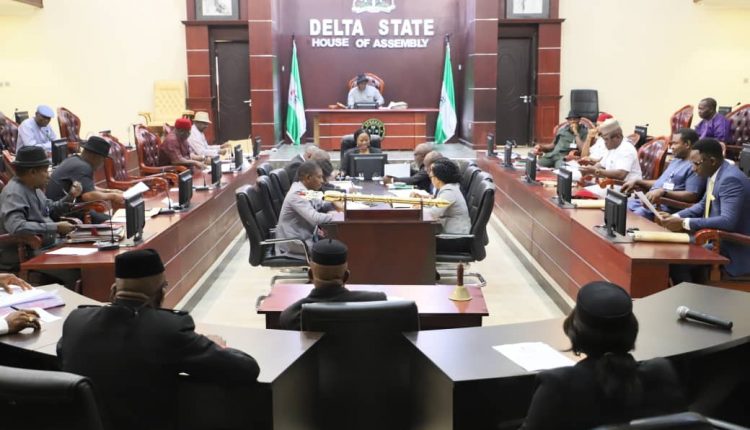 The Delta State House of Assembly has authorized an approved differential of N2.5 billion to increase the global facility limit guaranteed by the state government for selected contractors from N15 billion to N17.5 billion.

The   authorization followed a request by the state Governor, Dr Ifeanyi Okowa in a letter to the house and read at Wednesday’s  plenary by the Speaker, Rt Hon Sheriff Oborevwori.

According to the Governor in his letter to the house, the approval is to vary and increase the facility limits assigned to participating banks in respect of the state government’s guaranteed global contractors finance and invoice discounting support facility from deposit money banks to major contractors.

Dr Okowa said some Deposit Money Banks were unable to meet the term loans offers to  the major contractors in the state earlier pegged at N15 billion as approved by the Delta State House of Assembly.

He stated that the need to increase the guaranteed loan became necessary due to accruing interests and unavailability of funding banks.

The Governor noted that in the course of executing the transaction, it became apparent that some of the Deposit Money banks were unable to meet the term loans offers to the major contractors in the state.

He said, the authorization sought was to ratify the decision of the State Executive Council taken at its meeting held on Tuesday, 21st January, 2020, which considered and approved the variation of the facility limits apportioned to the participating banks.

The request was approved following a motion by the Majority Leader, Hon. Tim Owhefere which was seconded by the member representing Ndokwa West, Hon. Charles Emetulu and unanimously adopted.

In his submissions before the motion for the approval of the request, the Majority Leader said the state government was taking advantage of the dry season to expedite works on key ongoing projects in the state.

Hon Owhefere noted that the slightly increase is to continue the drive for infrastructure development in the state.