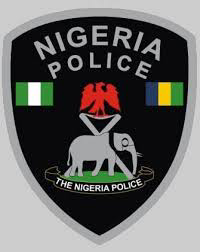 The Delta state commissioner of police Muhammad Ali has removed three Divisional Police Officers, (DPOs) in the state over what he called security lapses in their jurisdictions.

The commissioner of police who made this known on Monday during interaction with Journalists in Asaba, gave the names of the affected persons as DPO Warri, DPO, Sapele and DPO ‘C Division’, Asaba, saying it will serve as a warning signals to others that are not ready to buckle up in tackling crimes in the areas.

“Let me make it clear that any division that records more than three robbery and kidnapping cases, such DPO will be removed immediately. And I have started with DPO Warri, DPO Sapele and DPO C division, Asaba. I have removed them to serve as deterrent to others that are not ready to sit up.”

The visibly angry police boss, while warning Area Commanders and Divisional Police Officers in the state against any act that could jeopardise his security architectural vision and mission in the state, stressed that “I came to Delta to work and not to stay in the office and watch hoodlums take over the state.

“This is not only for DPOs alone, it is applicable to my  Area Commanders. Anywhere in your jurisdiction that we have cases of armed robbery or kidnapping for three times, I will show you the way out. The rate of crime in Delta State within these few weeks is alarming, and I will not let this to continue. I am not here to stay in my office, I am here to work and drastically reduce crime to the barest minimal.”

According to the new commissioner of police, crime has no jurisdiction, and officers must work in synergy in ensuring that  hoodlums are brought to book, adding that “I have done it before and it will be replicated in Delta state, I shall make the state unbearable  for criminals to stay. Delta state is not safe for criminals and any one caught shall face the wrath of the law.”

He however warned officers who may indulge in any act in one way or the other to bring bad name to the force, to as a matter of importance begin to turn a new leaf or have themselves to blame, adding that the command was already on top of the insecurity situation in Sapele, its environs and other areas where peace is being threatened and appeal to Deltans to always cooperate with the police in the areas of availing information as such information shall be treated in confidentiality.

It would be recalled that the Special Assistant to Delta State Governor on Youth Development, Okiemute Sowho, also known as Daddy K was killed by unknown gunmen in Sapele, while four policemen were also killed last week by gunmen at different areas in the state with their service rifles carted away.

IMAGES FROM THE OFFICIAL OPENING OF THE MAGISTRATE COURT, OSUBI ON FRIDAY, JULY 10,…