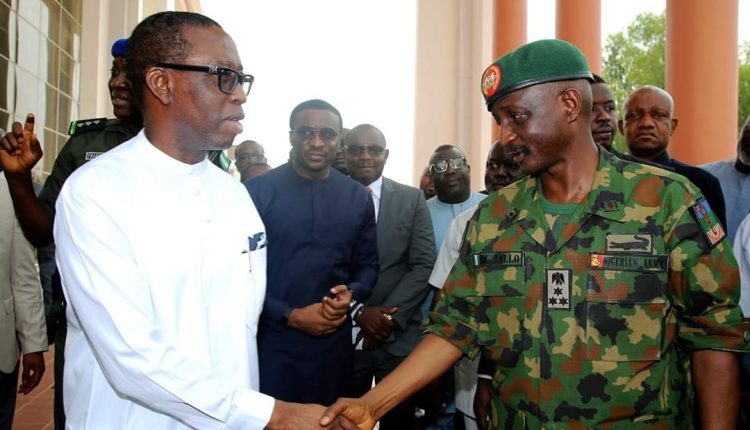 Delta Governor, Senator (Dr.) Ifeanyi Okowa, has urged the Federal Government to give the direction on what should be done to properly check the menace of criminally-minded herdsmen.

The governor made the call on Monday in Asaba while presenting 35 pickup vans to security agencies in the state.

He condemned the brazen attitude of the herdsmen who usually invaded communities and attempted to take them over or took their cows into people’s farms for grazing, wielding AK 47 rifles.

He said that with strong statements from the Federal Government, security agencies would know what to do.

According to Okowa,  as it concerns herdsmen menace, on the part of the Federal Government, a lot needs to be done; we need strong statements on what should be done for the security agencies to further do their work.

He said “if you are going into any particular place, it is only just fair that you don’t walk into a community and  seize the place, that is not right, and for anybody carrying arms in the name of being a herdsmen, it is obviously wrong.

“They are not licensed to carry arms, not to talk of AK 47 assault rifles, and anyone seen carrying arms is a criminal.

“Beyond those that carry arms, you don’t walk into a farm and begin to graze on it, that is not the way it should be; so, there are a whole lot of issues and we need strong voice from the federal authorities which will assist the security agencies.

“In this state, we will continue to do the best that we can. A lot of criminals have been apprehended and one thing that we have said is that we are not giving any land for settlement.

“So, we need to continue to work hard and to liaise with other state governments in the South-South and at the national level to ensure that we are able to achieve a more conducive environment for investments to take place.” 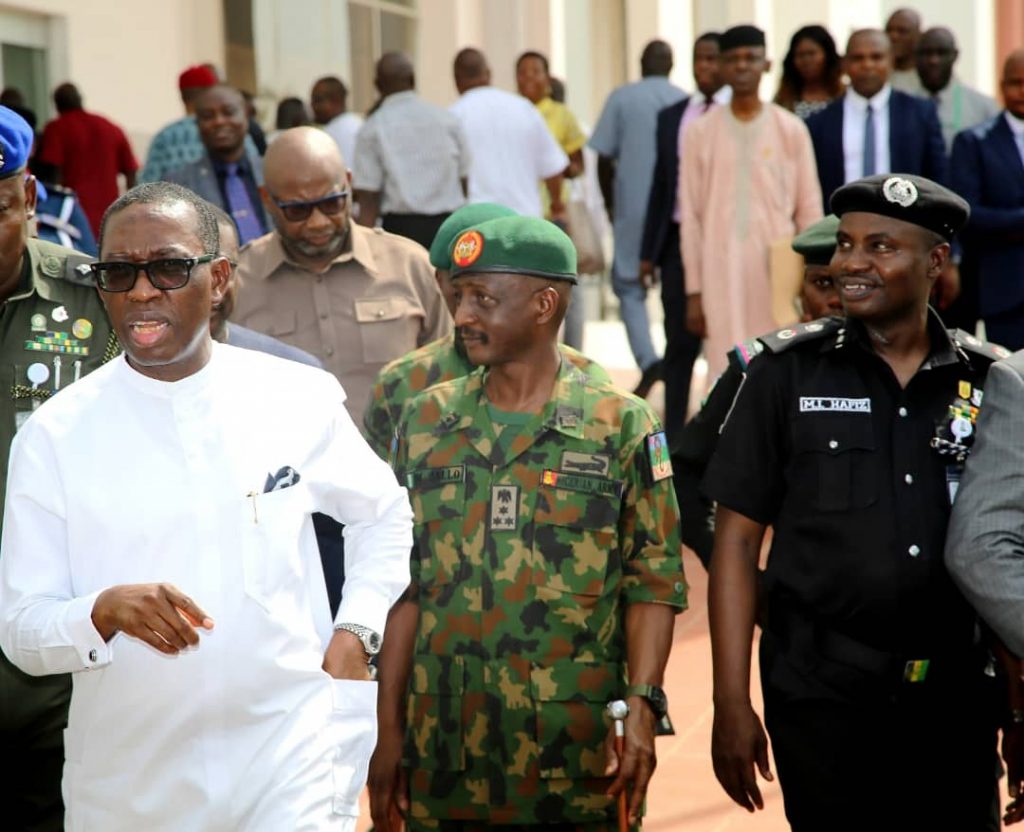 He commended the security agencies in the state and urged them to continue to do more, particularly during this dry season.

The governor stated that there was need to find ways to curtail the criminalities involved in cattle-rearing, noting, however, that people were aware that some herdsmen were civil in their approach.

“We are also aware that there are Hausa/Fulanis who have been in Delta for decades, but the criminal elements who are out to maim our people must be apprehended.

“This will enable us and those who have been settlers over several years in this state to continue to be at peace with each other.

“It is on this note that I will formally handover the vehicles to security agencies realizing that as the years go by the various vehicles that they have begins to wear out.

“We thought that it was necessary to begin a process of replacement to improve on their ability to move from one point to the other and today, for a start we are going to give 35 pick up vans for the various security outfits and we hope that we can add a few more in the next few weeks.

“I want to use this opportunity to appreciate what they have been doing because, I do know that we have some security challenges and we know that the incidence of criminal activities have grossly reduced in the last few months.

“I want to urge that the partnership between the security agencies must continue to be strengthened; there is a need for us to continue to share intelligence and to work together as a team because that will definitely help us to further achieve peace in this state,” he said.

In a brief remark, the Commissioner of Police said, “this is a testimony to show that the  governor cares for the security of lives in Delta as these vehicles will boost security in the state and I want to assure you that the vehicles will be fully utilised.”