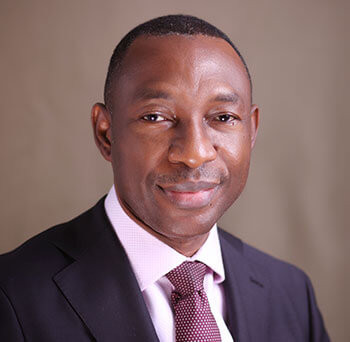 *** URGES STAKEHOLDERS TO GIVE HIM MAXIMUM SUPPORT

A pressure  group,  United Front For Niger Delta  ( UFFND)  has hailed the  appointment of former Commissioner for Finance in Delta State,  Olorogun  Bernard Okumagba as the new Managing  Director of the Niger Delta Development Commission  (NDDC) by President Muhammadu Buhari, saying his appointment is in order.

In a statement at the weekend  signed by its President, Mr Yede  Gerke,   the group congratulated Olorogun Bernard Okumagba on his appointment, saying that he will not disappoint the people of the oil-rich Niger Delta Region

While describing the appointment of Olorogun  Okumagba, who was also   a former Commissioner for Economic Planning in Delta State  as well deserved, the UFFND  stated  that the new NDDC Managing Director is tested and trusted and has distinguished himself both in private and public life.

According to the group; “We want to commend  President  Muhammadu  Buhari for the  appointment  of  Olorogun Bernard  Okumagba,  a renowned technocrat as the new Managing Director of the Niger Delta Development Commission  (NDDC). The President did not make a mistake in  his choice of the new Managing Director of the Commission. He is very capable and he will bring his wealth of experience to bear in the discharge of his duty”.

The group also said; “Olorogun Bernard Okumagba is determined to tackle the  numerous challenges facing the region and so we should all give him the needed support because he cannot do it all alone,  together we can do it better and make the Region the envy of others and the new Managing Director will not let us down , he should be supported as soon as he hit the ground running.

“He has never failed in any given assignment and the issues affecting the Region are very dear to him and we know that he will  address them  to the betterment of all.   We therefore urge all Stakeholders to give him maximum support”, UFFND added.