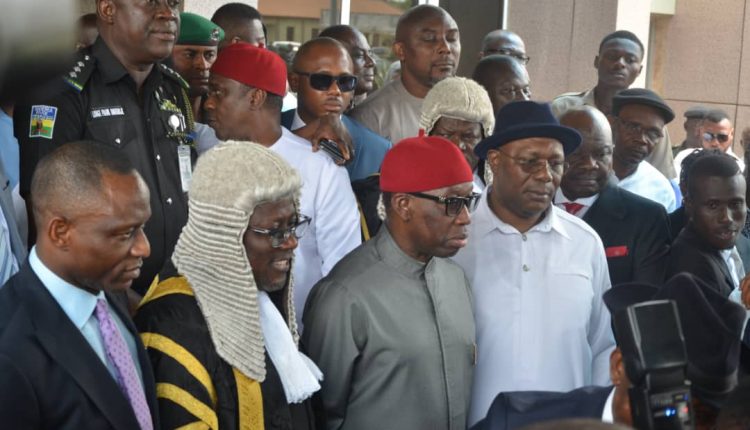 By Our Assembly Correspondent

The Speaker of the Delta State House of Assembly, Rt Hon Sheriff Oborevwori has said that the 2020 Budget will impact the State economy and the general wellbeing of Deltans positively. 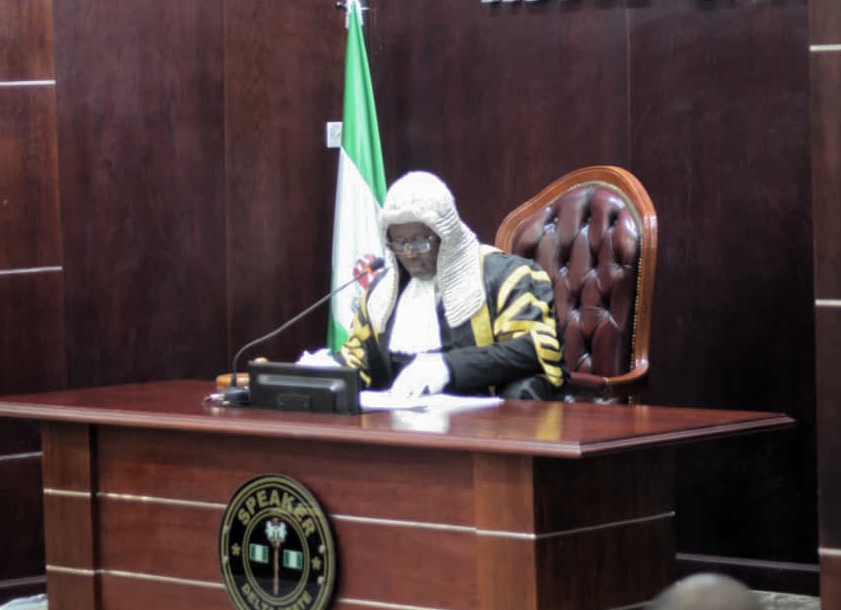 In his remarks on Wednesday, shortly after the presentation of the 2020 budget  by the State Governor, Senator Dr Ifeanyi Okowa,  the Speaker said that the budget, christened ” Budget of Sustained Development was another milestone in the rapid transformation and development that Deltans have witnessed in the State since the beginning of the Governor Okowa’s led administration. 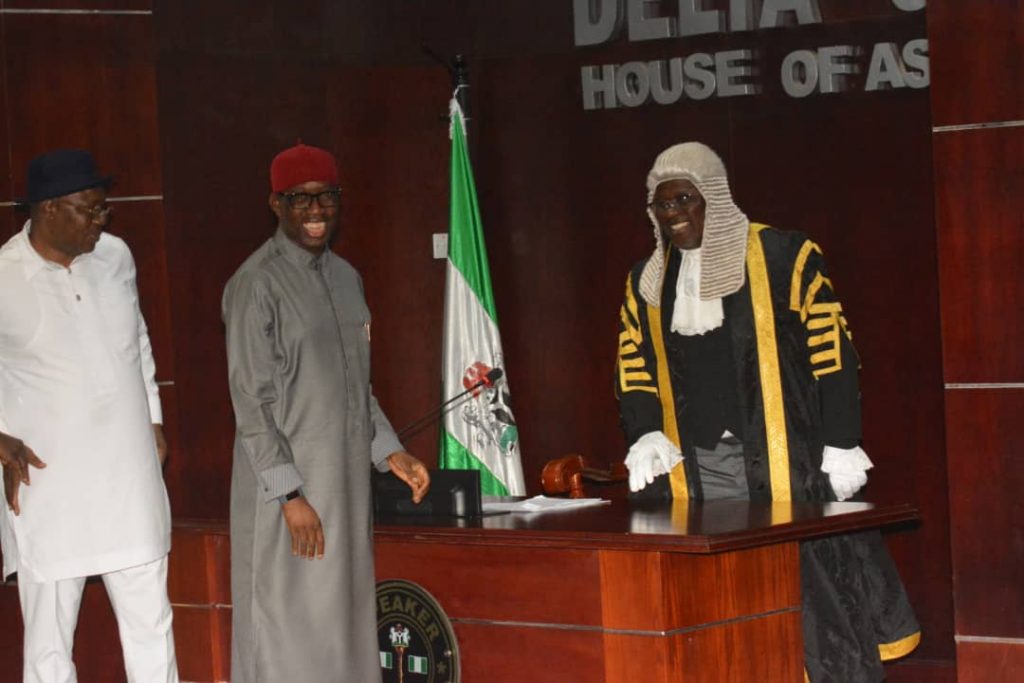 He said; “On behalf of my colleagues and management of the Assembly, I welcome you all to the presentation of the year 2020 Budget by His Excellency, Senator Dr. Ifeanyi Okowa, our dear Governor. Let me specially welcome His Excellency, Senator Dr. Ifeanyi Okowa, to his own House. I say this because, Section 108 of the Constitution of the Federal Republic of Nigeria, 1999 (as amended) grants the Governor passage to our Chambers whenever he desires to address the House”. 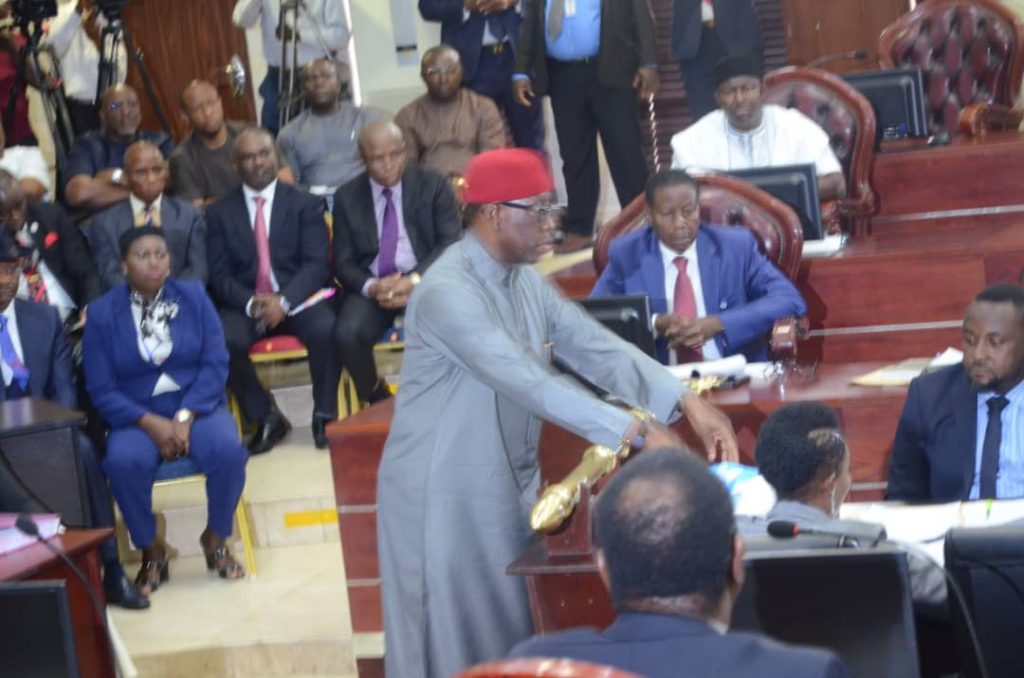 According to the Speaker;  ” This  2020 Budget of Sustained  Development is   another milestone in the rapid transformation and development that we have  witnessed in the State since the beginning of this administration. On behalf of my colleagues, I thank His Excellency for the revenue projection and the capital development proposals outlined in the Budget just presented to the House”.

“I believe strongly that after the Assembly’s legislative processing of the Budget, diligent implementation by the Executive and scrupulous over-sighting by the Legislature, the Budget will impact the State economy and the general wellbeing of our people positively”, he said. 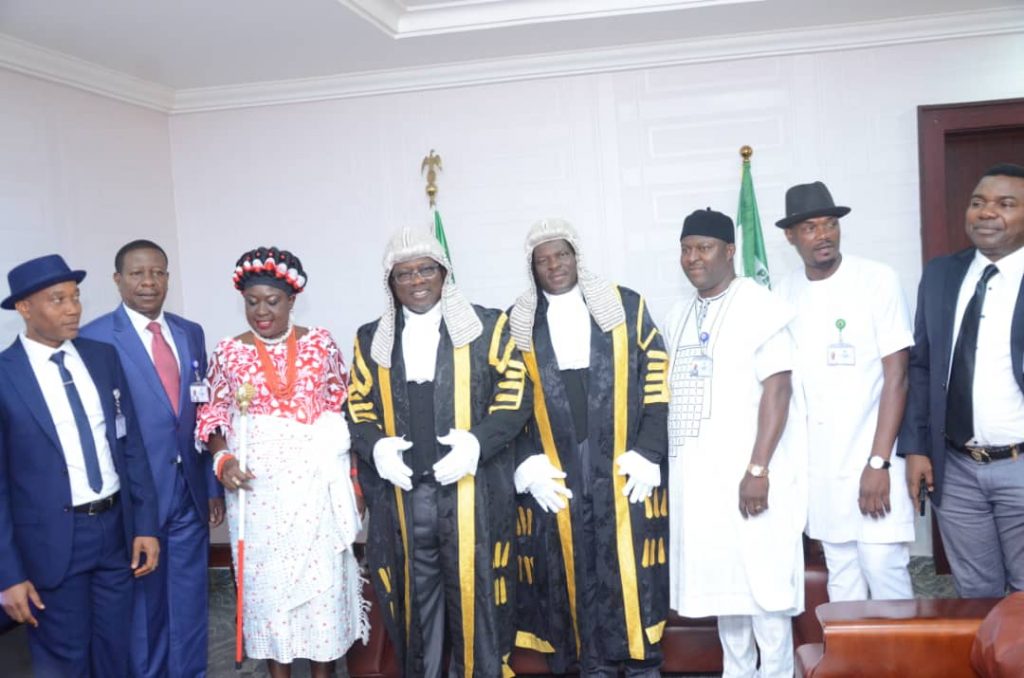 The Speaker  stated that as a House;  “We  will continue to cooperate with the Executive to deliver good governance to the State. As at today, with the remarkable support of the Legislature, we are all witnessing the massive infrastructural development across the State and the training and establishment of a good number of our youths in various enterprises and vocations by this administration”. 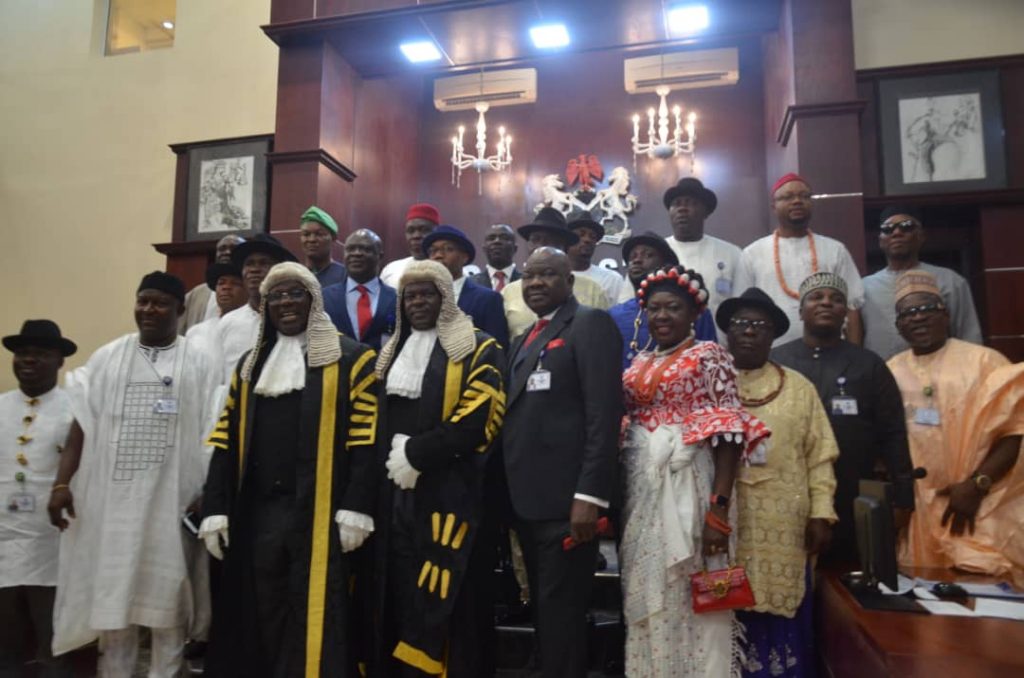 According to him,  the   House will not relent in  scrutinizing the Budget in line with their  oaths to make law for peace,  order and good government of the State,   adding that; “As   usual, we are duty bound to painstakingly look at the details of the Budget for the purpose of transforming same for the benefit and aspiration of our people”.

Rt.Hon Oborevwori  assured  the Governor  of the readiness of the House  to partner with his  administration in achieving all the goals and targets of building a Stronger Delta with the three pillars of Prosperity, Peace and Progress for all. 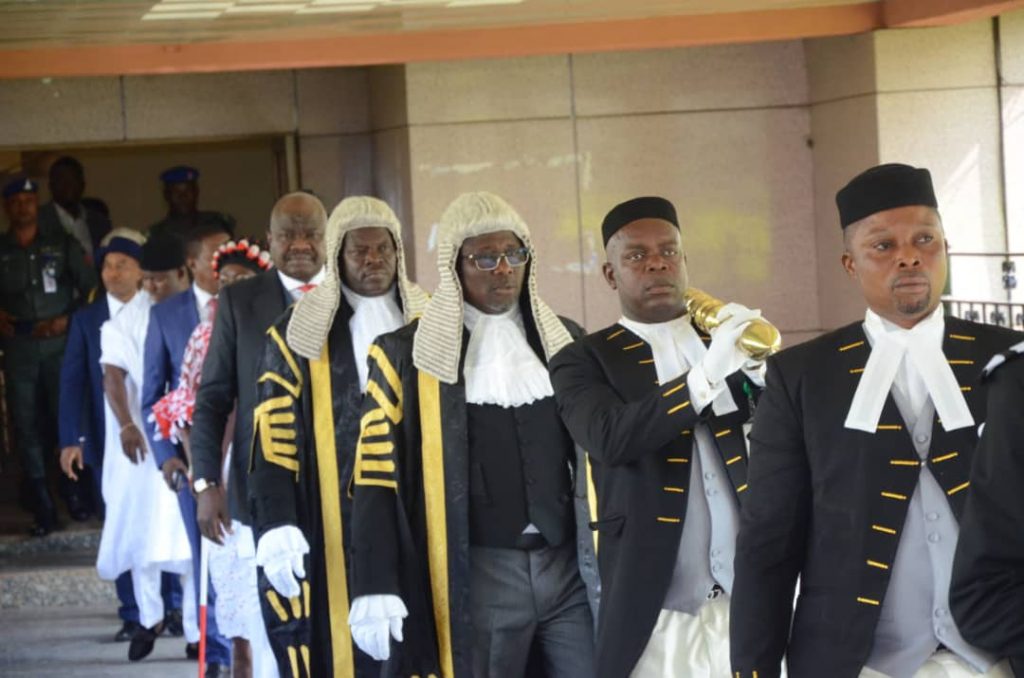