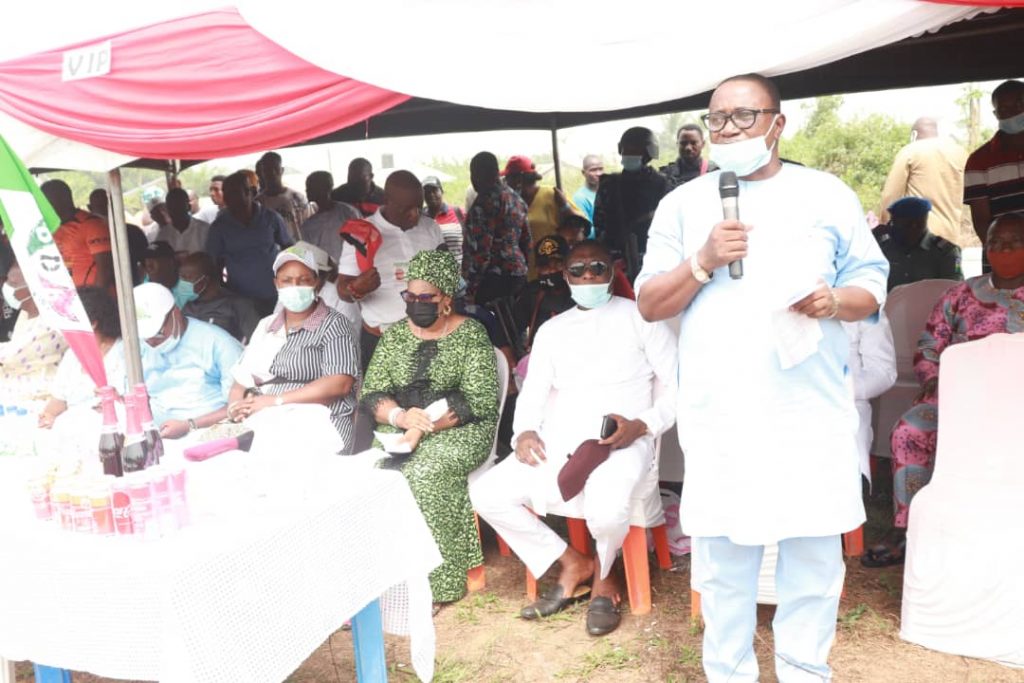 The event was declared open with prayer said by Pastor Pat Adaka. 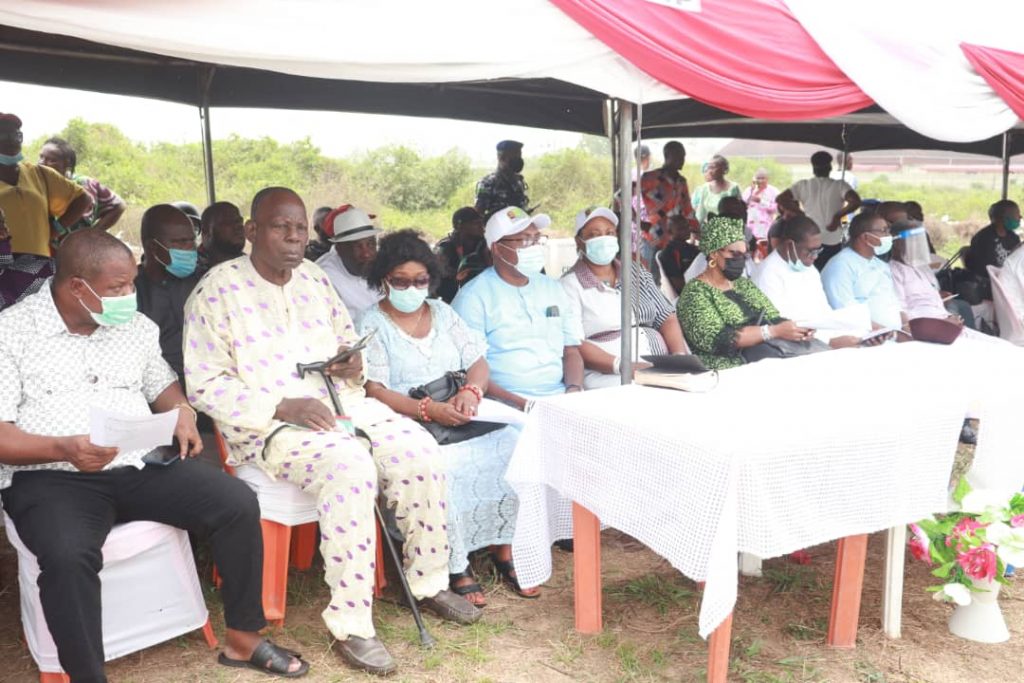 In a brief sermon, Bishop Sunday Eruenaba, said power belongs to God, that God chooses who  to give power anytime. He also prayed for peaceful campaigns and election. 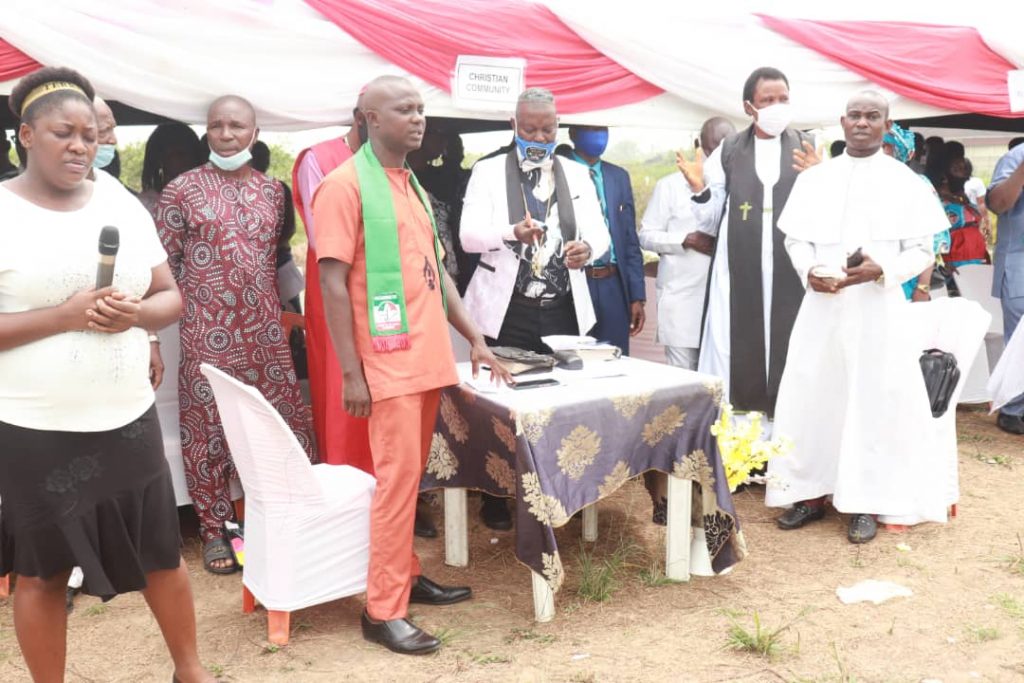 Dr. B U C Anyanwu, in his exaltation, said whoever emerges victorious in an election is chosen by God. He cited Isaiah 9 : 6, saying that the government of Okpe local government is upon the candidate of the PDP to deliver the dividends of democracy to the people. 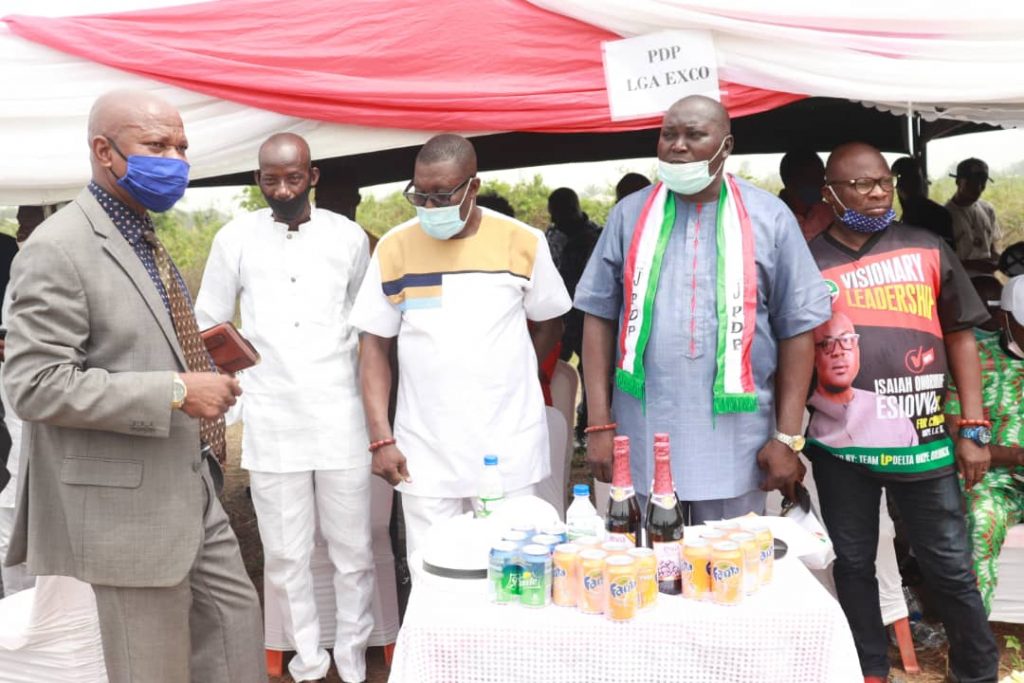 The first lesson was read by Hon Isaiah Onoriode Esiovwa (JP) Ksm, the Chairmanship candidate of the PDP, he read from 1 Samuel Chapter 16:1-13. 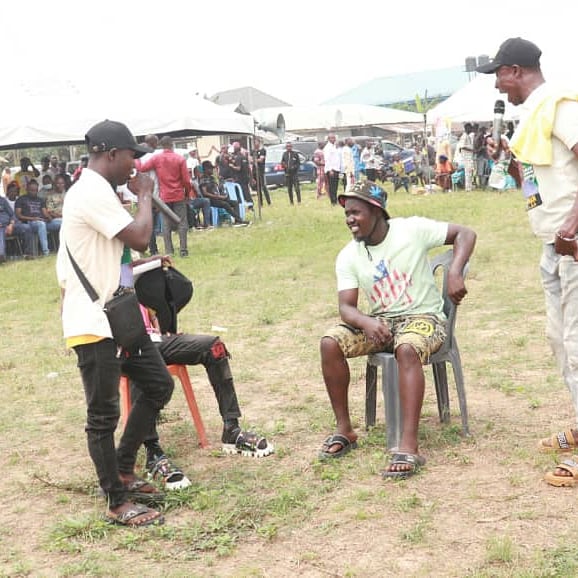 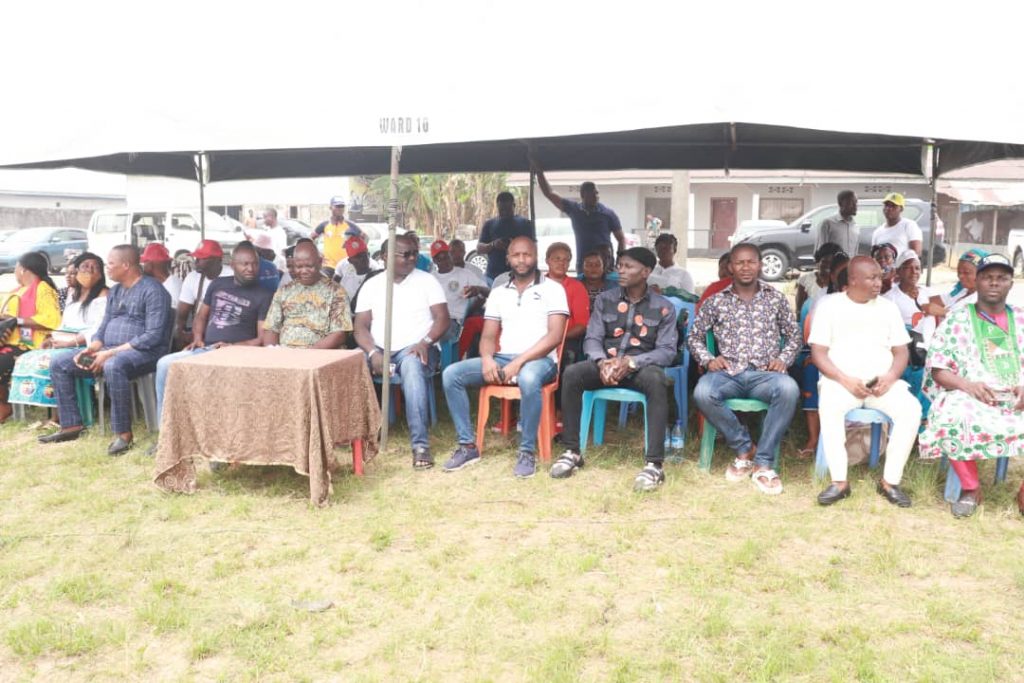 The highpoint of the service is the anointing of all the party’s candidates, for the grace of success and good governance. 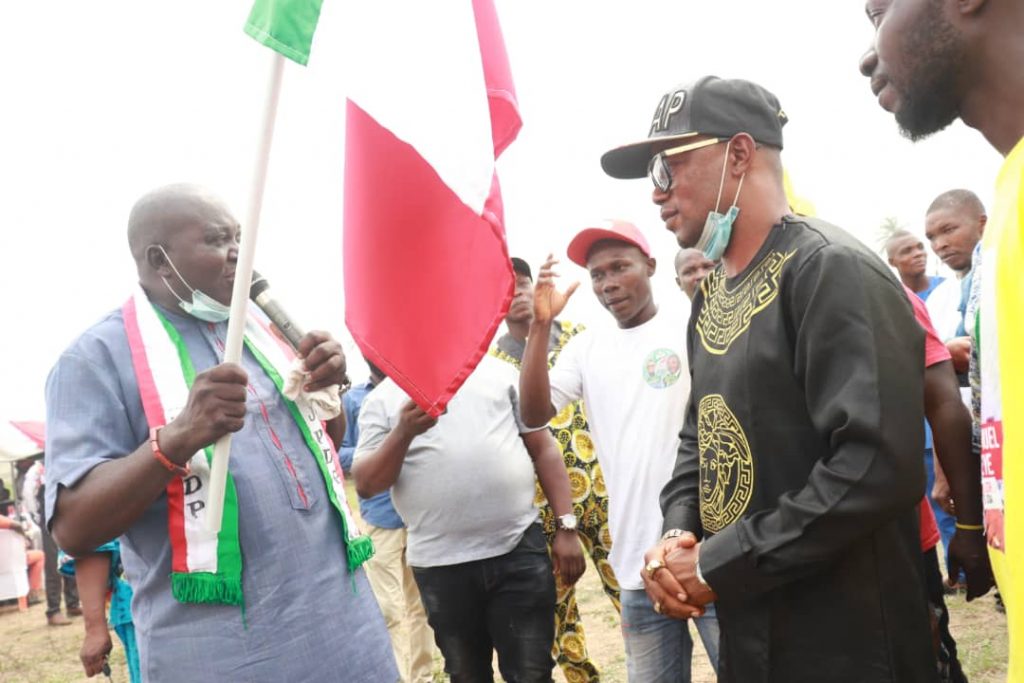 Presenting party flags  to the Councilors, the party Chairman, Chief Efe Uko, advised the Councilors to carry out their campaigns peacefully, that the legacies of Governor Okowa can be seen across Okpe local government area, he added that victory is sure for the PDP in the elections. 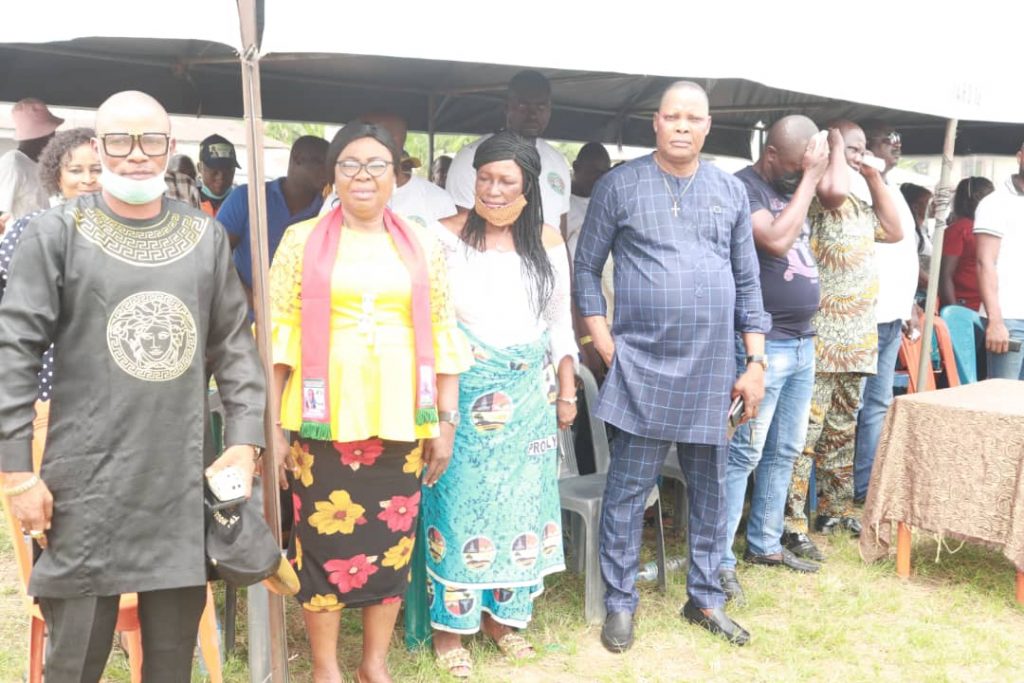 In his response, the Campaign Committee Chairman, Chief James Augoye, said the purpose of the interdenominational service is to commit the campaign into the hands of God for a hitch free campaign.

The party’s Chairmanship Candidate, Hon Esiovwa, expressed gratitude to the leaders of the party for their continuous support for the candidates. He said the crowd at the event is a sign that the party is united. He also enjoined the good people of Okpe to come out en-masse with their permanent voters cards PVC, to vote massively for the PDP come March 6th. 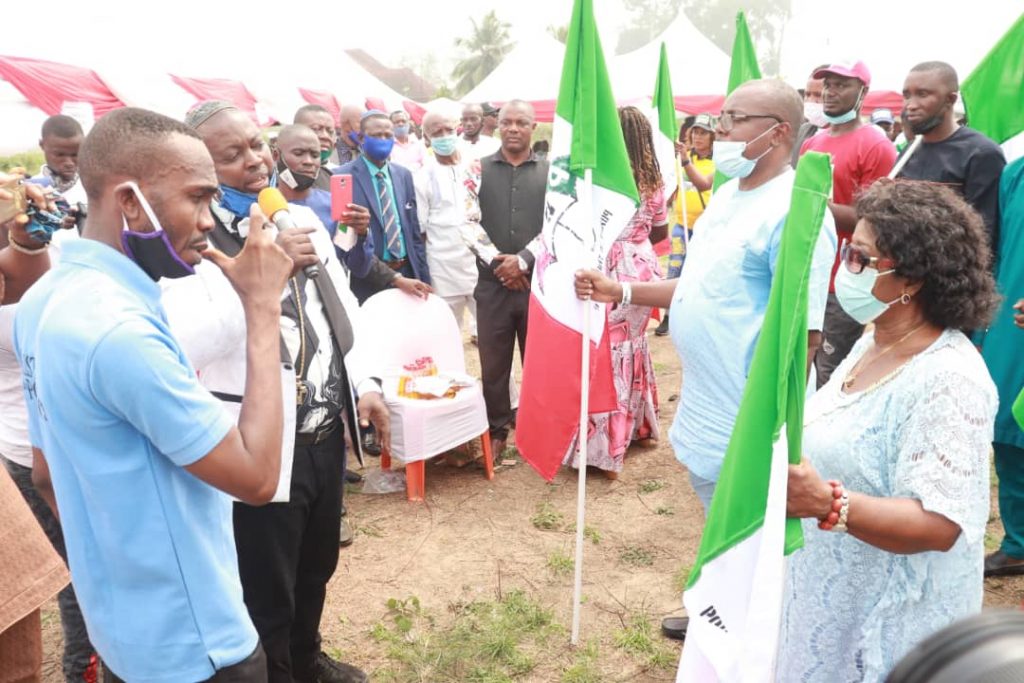 The spiritual leaders present at the prayer service include: 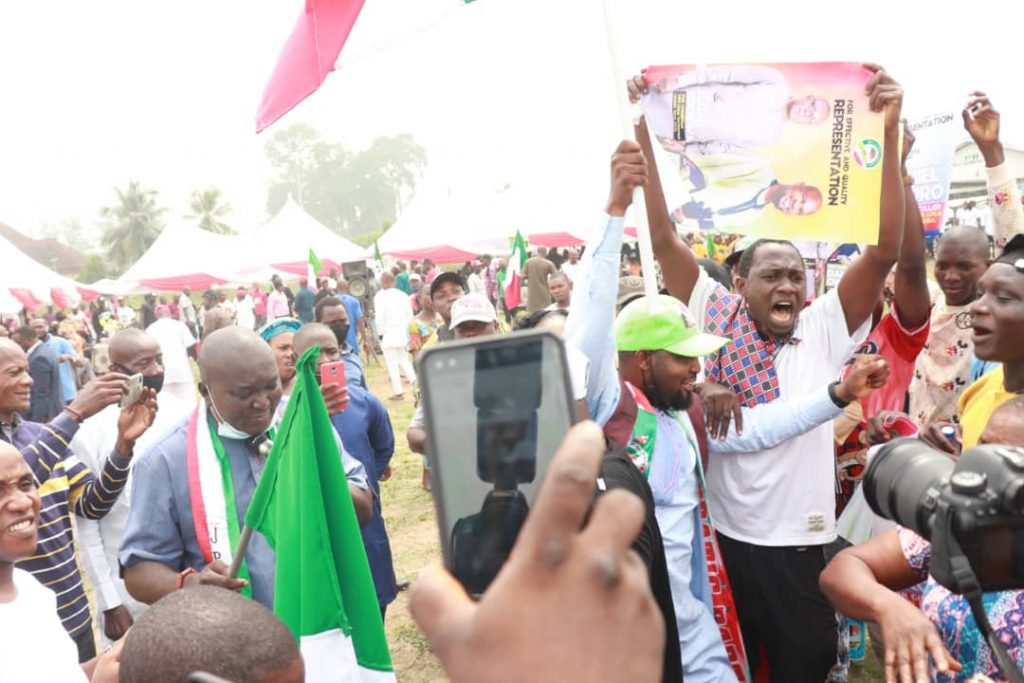 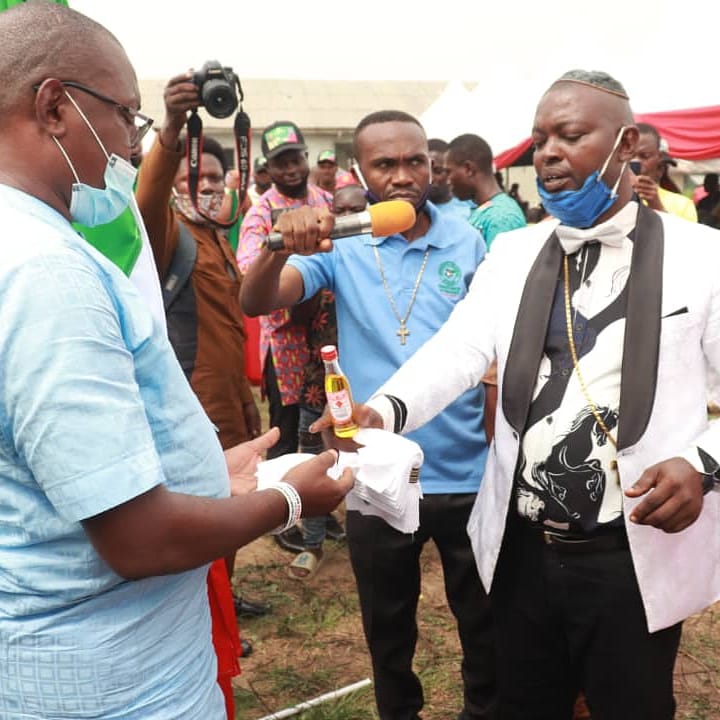 2023: Okowa urges Nigerians to support PDP to rule the country

THE SPEAKER OF THE DELTA STATE HOUSE OF ASSEMBLY, RT HON SHERIFF OBOREVWORI  AT THE…