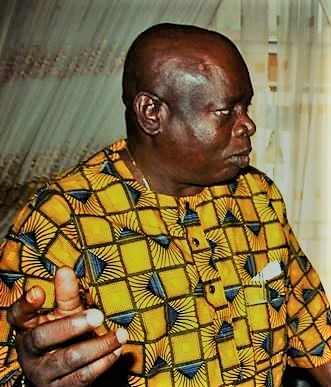 The Deputy President of the Senate, Senator Ovie Omo-Agege has condoled with the government and people of Delta State over the demise of Evangelist Simeon Ozioma Ebonka.

The Delta Central Senator said the news of the demise of the first Deputy Governor of the state came as a rude shock, adding that Deltans at large would miss him, especially for his unrelenting pursuits towards a peaceful state.

Sen. Omo-Agege described the late elder statesman as “an embodiment of humility, a perfect gentleman, reservoir of wisdom and a great lover of God”.

He said despite his love for politics and a truly egalitarian society, Evangelist Ebonka submitted himself totally to the service of God.

Omo-Agege said even in death, he will forever be remembered for his life of contentment, incorruptibility and uncompromising stance on issues.

The federal lawmaker urged the Ebonka family and the people of Owa-Alizomor in Ika North-East Local Government Area of Delta State to take solace in the fact that the elder statesman lived a life of peace and service to humanity.

He also and prayed God to grant the soul of the deceased eternal rest.

PHOTONEWS FROM THE TRADITIONAL MARRIAGE CEREMONY OF MR FRED OBOREVWORI, SON OF THE…