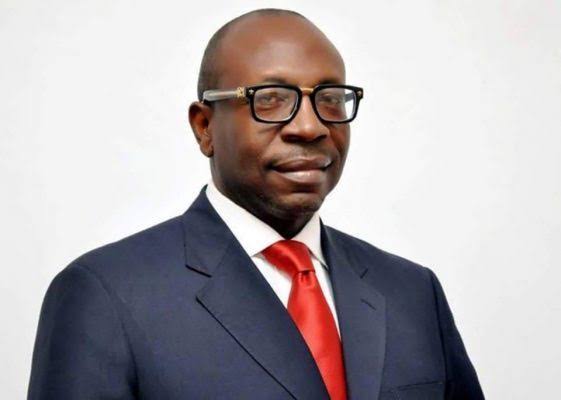 Share
Former Edo State Governorship candidate of the Peoples Democratic Party, PDP, Pastor Osagie Ize-Iyamu, has been expelled by the party.
The party through the state’s Publicity Secretary, Chris Nehikhare, disclosed this, noting that their decision was informed by Ize-Iyamu’s silence on issues questioning the integrity of the party.
Explaining further, the party said Ize-Iyamu has been contacted on many occasions to confirm or refute his rumoured defection to the ruling All Progressives Congress, APC, but he has since kept mute.
It was gathered that the expulsion would remain until Ize-Iyamu acknowledges, accepts and addresses the issue of his decamping to APC.
According to the statement: “In the last few days, the Edo PDP has been inundated with calls and enquiries regarding the stories trending both in print and social media as it concerns one of our leaders, Pastor Osagie Ize-Iyamu.
“The party leadership has patiently waited to hear or read his reaction to confirm or deny the stories, but to no avail.
“We boast of being a party of men and women of integrity and high moral standing. It is a brand we have earned and wish to maintain.
“As a result of the “uneasy quiet” from our dear pastor and the impression our silence will send to our teeming supporters and followers, Edo PDP is left with no option but to announce the exclusion of Pastor Osagie Ize-Iyamu from all PDP related activities with immediate effect, until he acknowledges, accepts and addresses the issue of his decamping to APC.
“This decision has been taken without prejudice!” the statement added
Share FacebookTwitterGoogle+ReddItWhatsAppPinterestEmail

DELTA SPEAKER, OBOREVWORI LEADS DELEGATION OF CONFERENCE OF SPEAKERS OF STATE LEGISLATURES OF NIGERIA ON A COURTESY VISIT TO SENATE PRESIDENT, AHMED IBRAHIM LAWAN, IN ABUJA, ON THURSDAY, NOVEMBER 14, 2019