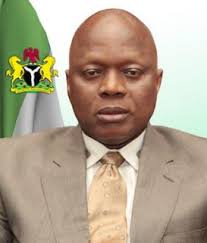 The Senate on Tuesday confirmed President Muhammadu Buhari’s nominees for the board of the Niger Delta Development Commission (NDDC).

The former Deputy Governor of Edo State, Dr. Pius Odubu, was confirmed by the Senate as Chairman of the NDDC Board.

Odubu, who was the first to appear before the Senate Committee on Niger Delta Affairs, was deputy to the National Chairman of All Progressives Congress (APC) Adams Oshiomhole when he was governor of Edo State.

A nominee from Delta State, Chief Bernard Okumagba, was also confirmed as the NDDC Managing Director.

The confirmation followed the presentation and consideration of the report of the Senate Committee on Niger Delta Affairs by its Chairman,  Peter Nwaoboshi.

With Odubu, Okumagba, Ndem, and Oko, Edo, Delta, Akwa Ibom and Bayelsa are represented in the NDDC board.

However, a nominee from Rivers State, Dr. Joy Yimebe Nunieh has not been confirmed by the Senate.

The development, according to Nwaoboshi, was because the nominee failed to appear before the Committee for screening.

Okowa felicitates with Agatha Amata at 50