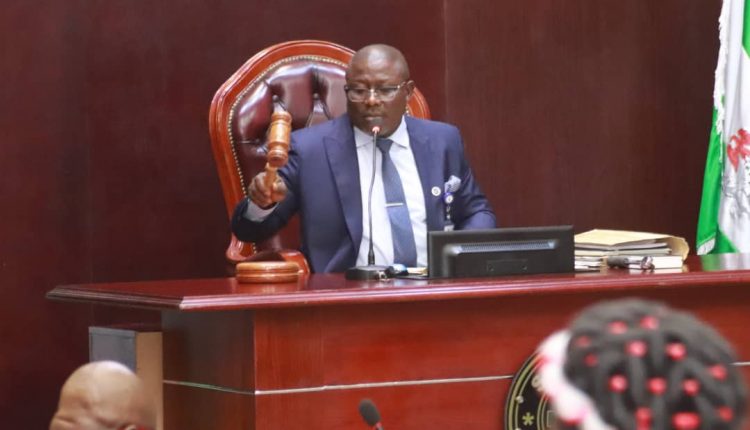 A new member has been sworn into the State House of Assembly to represent Ughelli North Two Constituency.

He is Hon.(Prince) Eric Oharisi of the People’s Democratic Party PDP.

Hon Oharisi who was a member of the sixth Assembly is replacing Hon. Moses Anaughe who is of the All Progressives Congress, (APC) and was sworn in during the inauguration of the seventh Assembly on June 10, 2019.

Before the removal of Hon Moses Anaughe by the appellate Court, he was the Minority Whip of the House and Chairman House Committee on Science and Technology. 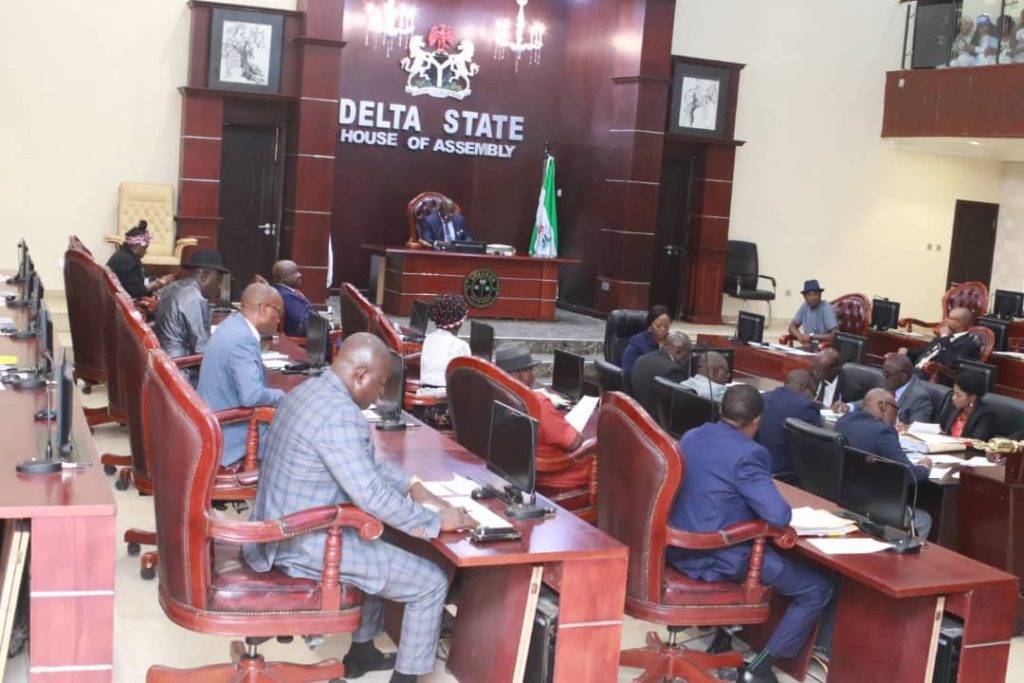 The swearing-in of Hon  Eric Oharisi followed a letter read by the Speaker, Rt Hon  Sheriff Oborevwori who presided over plenary saying that the House was in receipt of a certificate of return from the Independent National Electoral Commission INEC, declaring Hon Oharisi as the member elect for Ughelli North Two Constituency.

Rt Hon Oborevwori said the House also had a copy of the Appeal Court judgement affirming the election victory of Hon Eric Oharisi.

Thereafter, Hon. Oharisi was ushered into the chamber where he swore to the relevant oath of allegiance and office as prescribed by the Speaker, Rt Hon  Sheriff Oborevwori.

After the swearing in, the Majority Leader, Hon Tim Owhefere introduced Hon. Oharisi to other members of the House before taking his seat in chamber.

The Speaker announced Hon. Eric Oharisi as the Chairman,  House Committee on Science and Technology and member of some other Committees.

With the swearing in of Hon Eric Oharisi the twenty nine member House of Assembly now has twenty seven PDP members and two APC members.

Also at plenary the House received a letter from the State Governor, Senator Ifeanyi Okowa nominating Pastor Austin Igbine as a member of the Delta State Board of Internal Revenue. 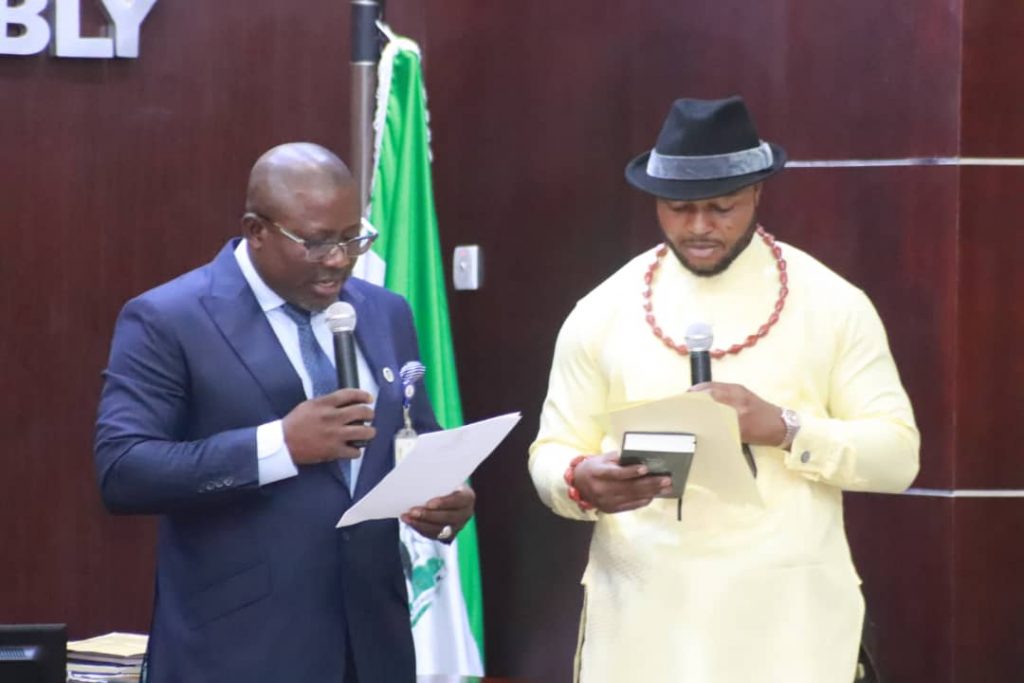 The Speaker, Rt Hon  Oborevwori who read the letter from the governor directed the nominee to submit his curriculum vitae to the Office of the Clerk before the end of Tuesday, November  26,  2019  and should appear for screening  Wednesday, November 27, 2019.

Earlier in a welcome remark, the Speaker said that; Distinguished colleagues, it gives me great joy to welcome you back to plenary after a very short break. I know these past two weeks have been very tasking for you as the various House Committees played host to different Ministries, Departments and Agencies of Government who came for their budget defence”.

He  thanked all House Committee Chairmen and Members for their  high sense of work ethics, effectiveness and efficiency deployed in the course of the budget defence, saying that, “The House is indeed grateful to you all for delivering your assignments within time”.

The  Speaker added; “May I therefore, at this juncture commend all of you for your steadfast commitment to the tasks of the Legislature. I urge you to put in your best as always during the Committee of Supply on the year 2020 Appropriation Bill”. 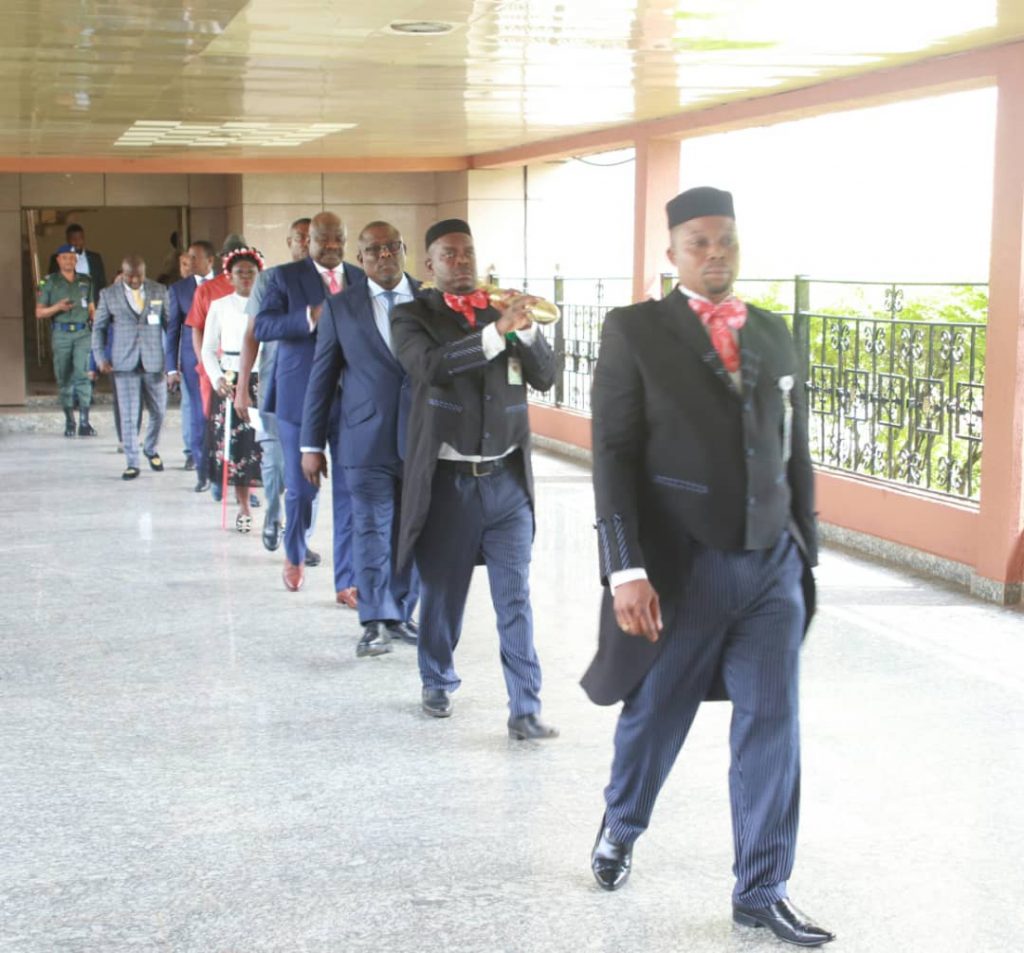 The House has adjourned plenary to Wednesday November 27, 2019.

TUESDAY, NOVEMBER 26, 2019 : FROM THE DELTA STATE HOUSE OF ASSEMBLY