We Are  Determined  To  Meet  Needs  Of Our  People — DESOPADEC  Boss 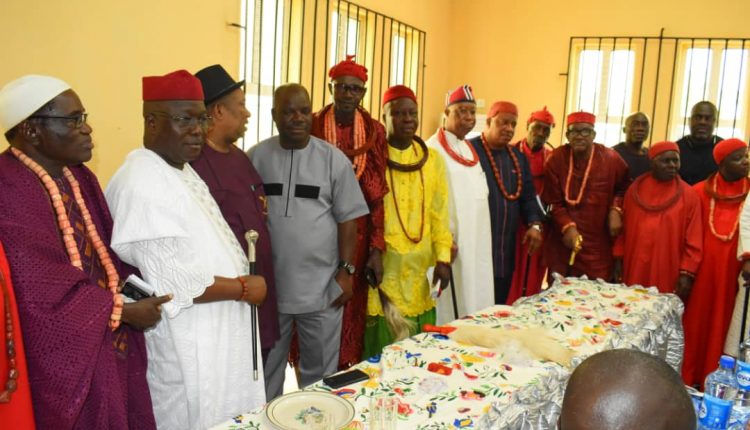 The Managing Director of the Delta State Oil  Producing Areas Development Commission (DESOPADEC), Bashorun Hon Askia Ogieh has expressed the determination of the Commission to meet the needs of the people within available resources. 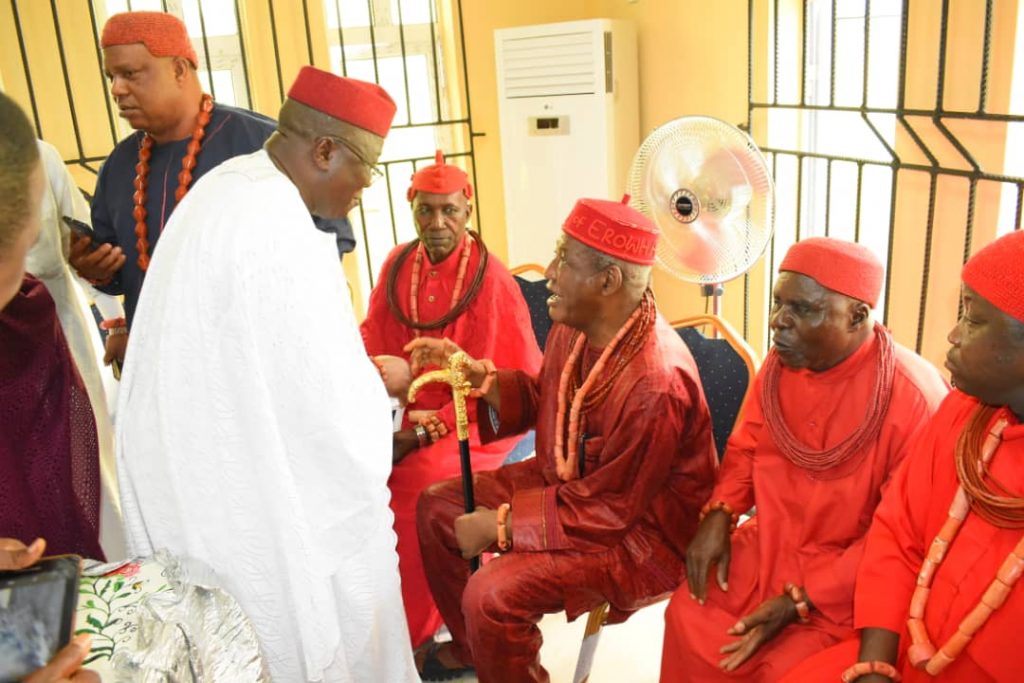 Speaking on Tuesday at the  Ultramodern Isoko Unity House, Oleh when he led Board Members of the Commission to a critical stakeholders Town Hall in Isoko Nation,  the  DESOPADEC  boss reiterated the bottom-up approach as directed by the State Governor, Senator Dr Ifeanyi Okowa. 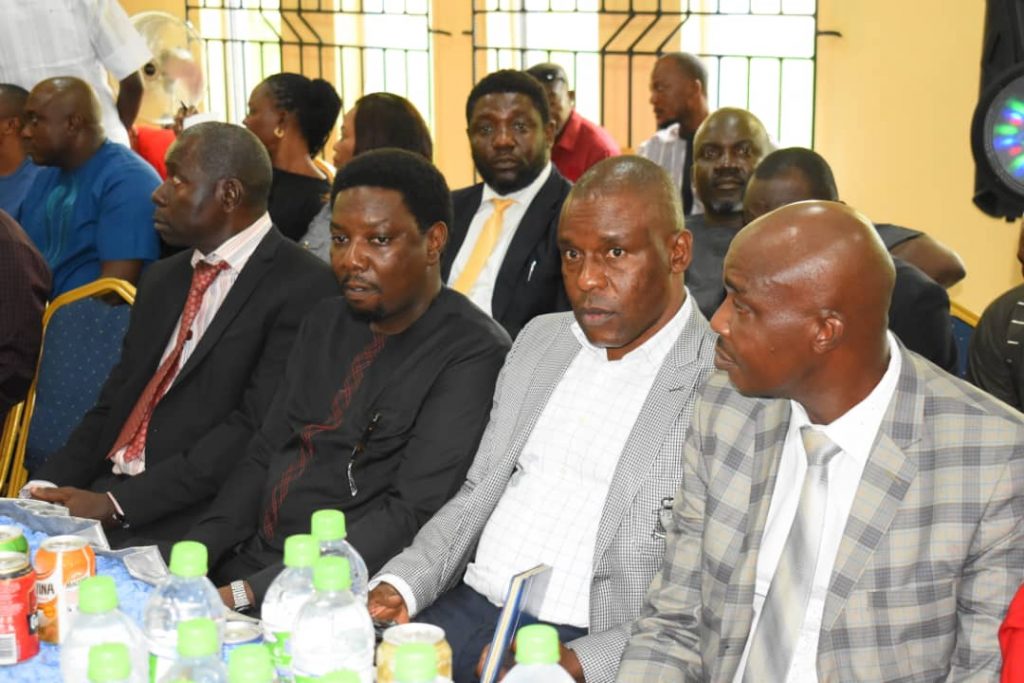 According to him, a major policy thrust of the Board is to give 60% for ongoing projects and 40% for new projects. 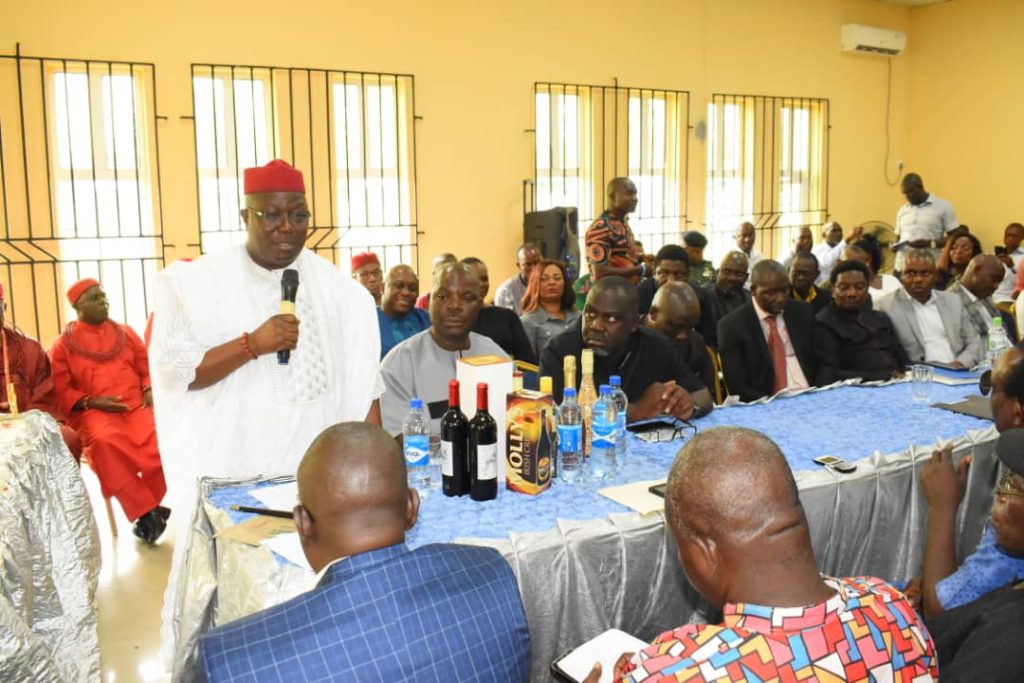 He assured the Isoko nation of the unbroken commitment of the Commission toward the development of the mandate areas. 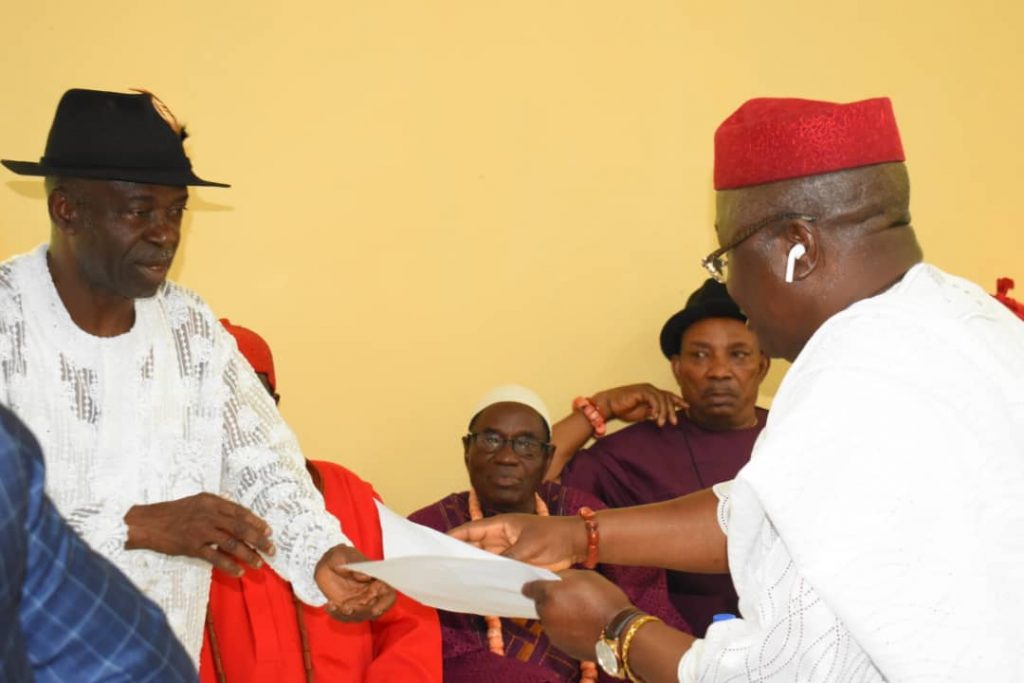 In his welcome address, the  President-General, Isoko Development Union  (IDU),  Chief Idu Amaidhe commended the uncommon effort of the Commission so  far in project execution and human capital development. 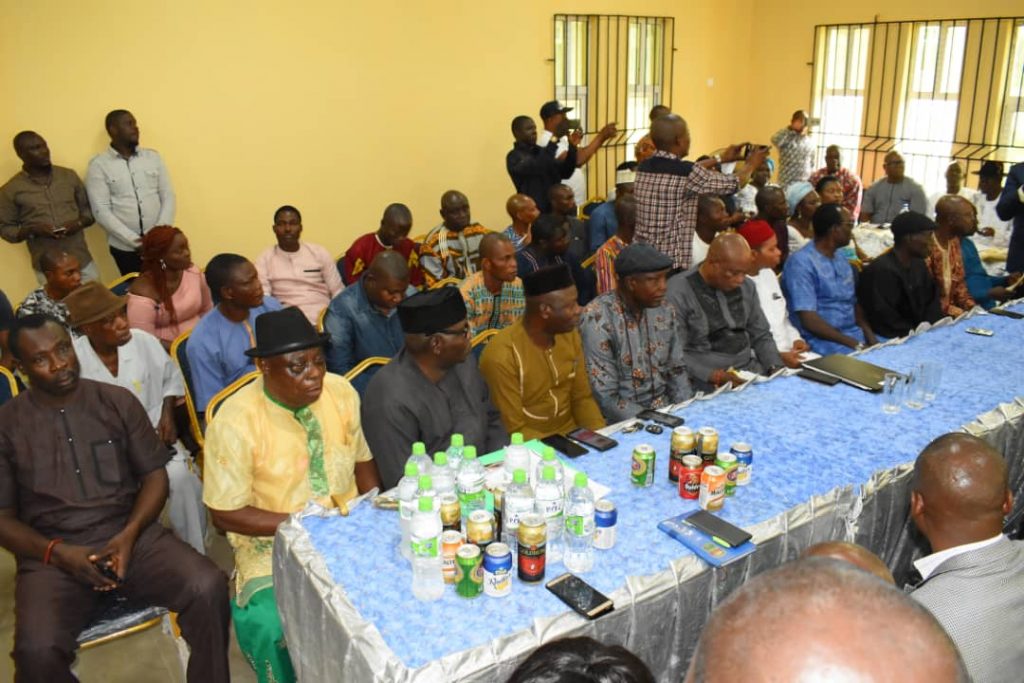 He  specifically  gave kudos to the last Board for the legacy project in Isoko nation, the ISOKO UNITY HOUSE  and lauded the role played by  the current Managing Director /CEO of the Commission towards its realisation. 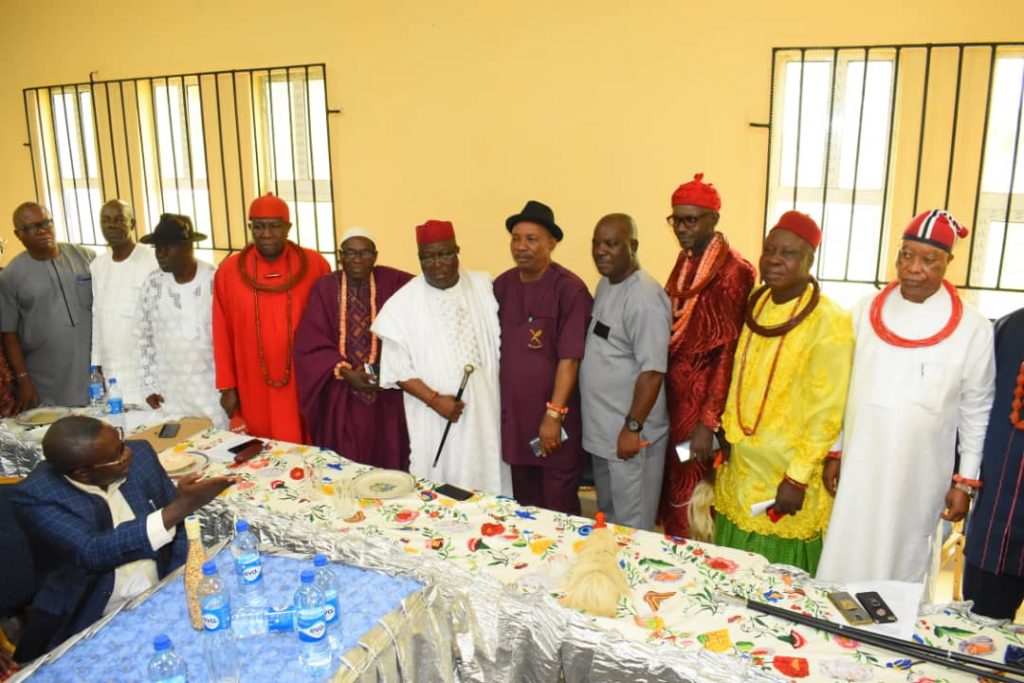 He appealed to the Commission for the electrification of the entire Isoko nation, job creation for the teeming youth and making the Area Offices more functional, amongst others. 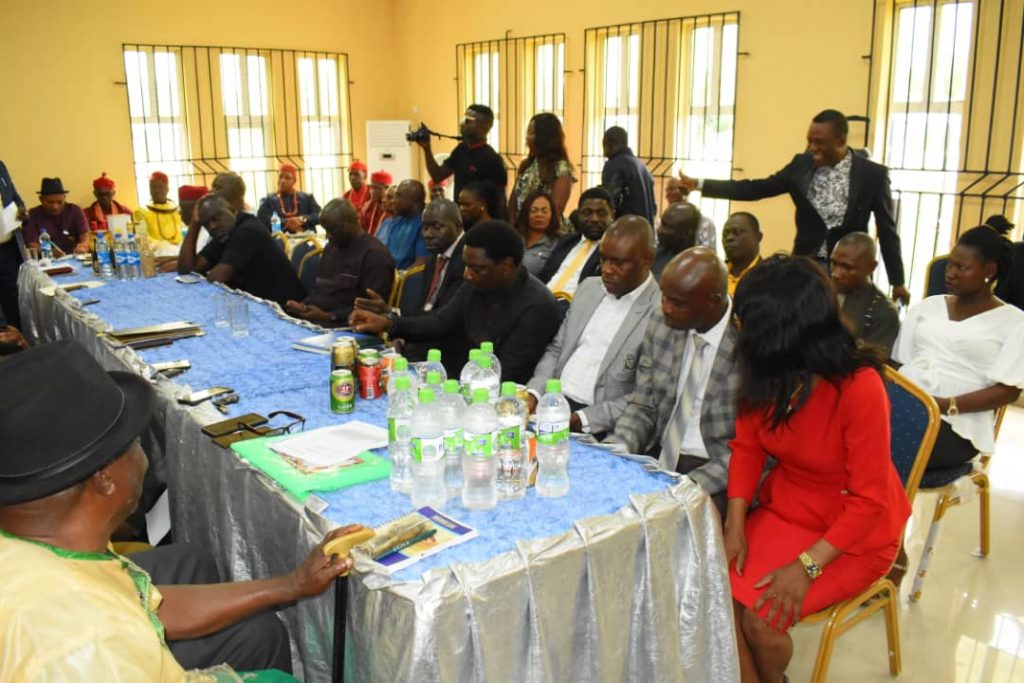 Our Correspondent reports that the  tripartite meeting  had in attendance a cream of royal  fathers from several kingdoms and clans within the Isoko nation, including the Ovies and Odionlogbos from Uzere, Oyede, Emevor, Ellu, Ibrede, Olomoro, Okpe Isoko, Igbuku, Oleh, Erowha, Emede, Owhe, and Umeh. Also in full attendance were President-Generals of the various clans and kingdoms led by the President-General of the Isoko Development Union (IDU), Chief Idu Amaidhe. 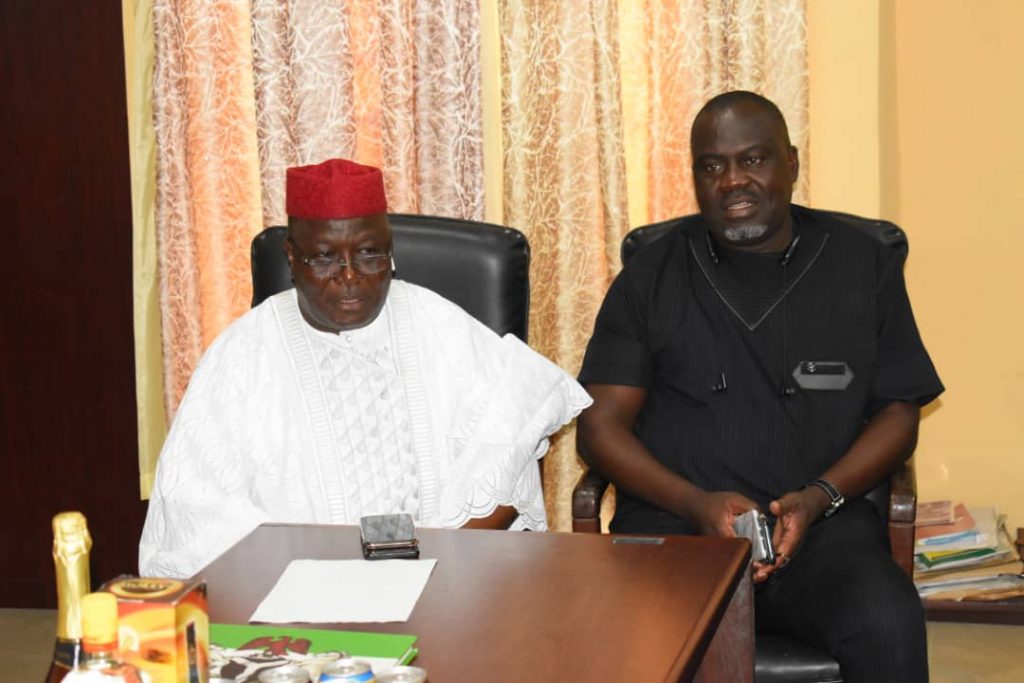 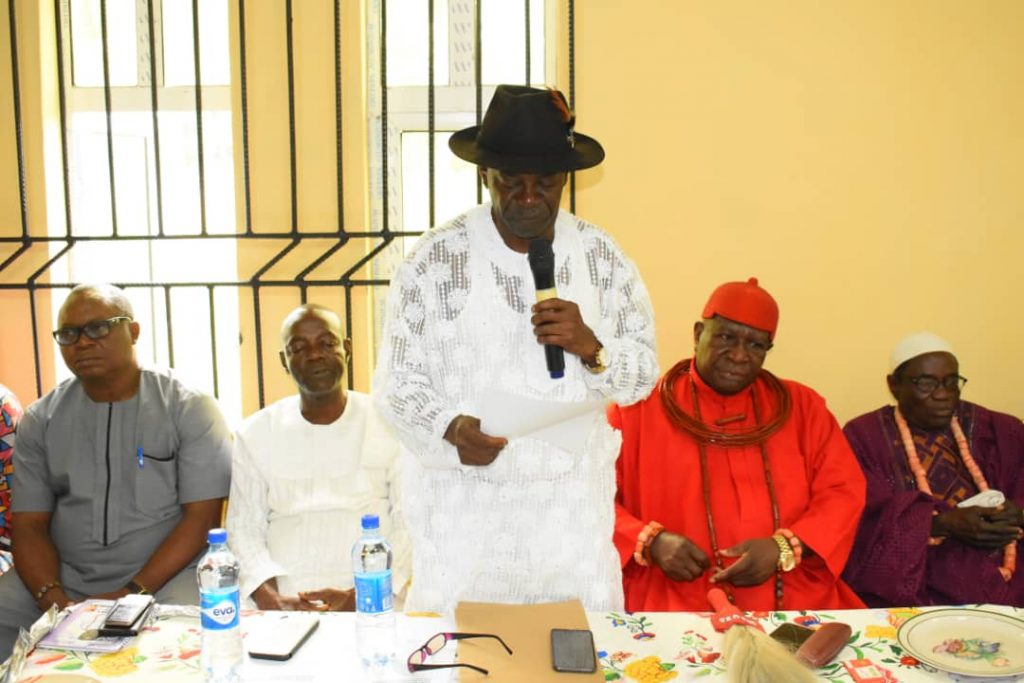 According to our Correspondent, it was  the first of several other Town Halls slated for real interactive engagements with the people of the mandate areas. 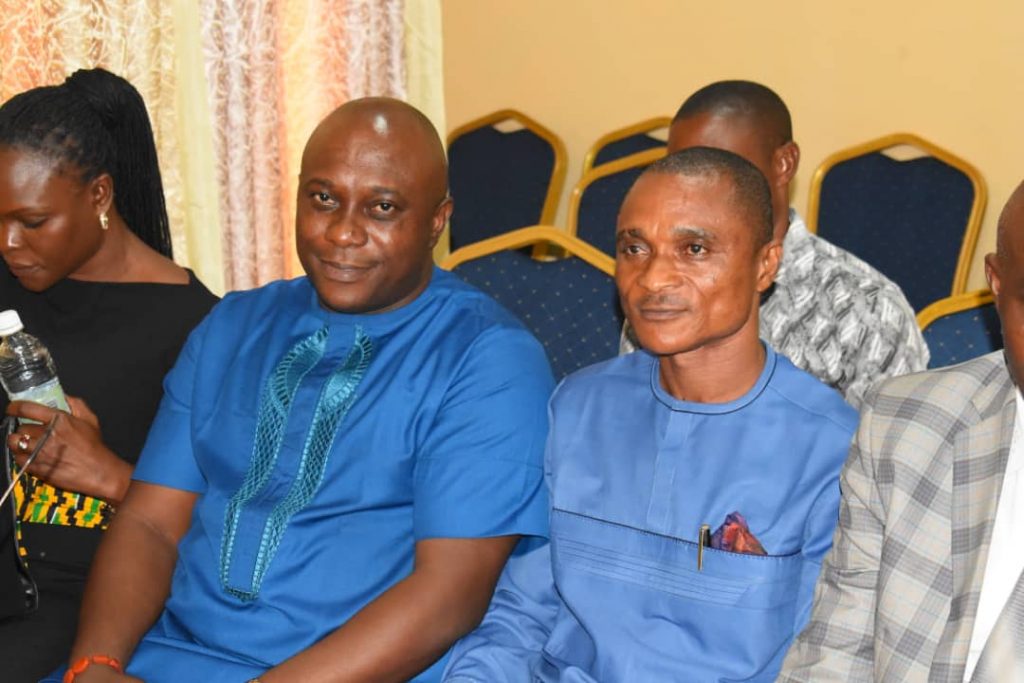 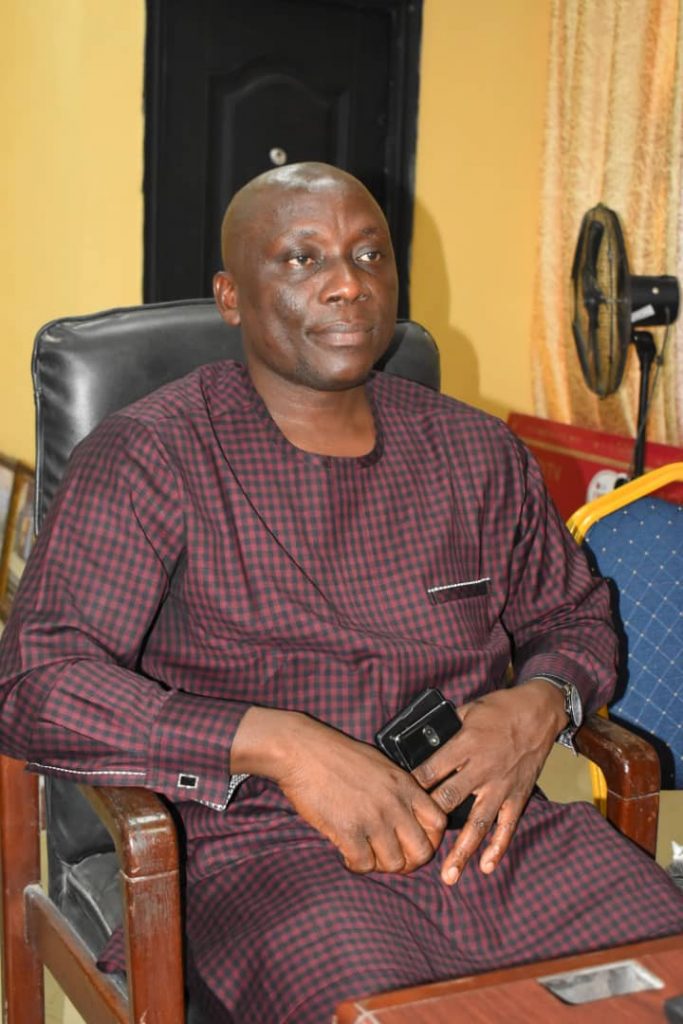 He  disclosed during the inspection visit that the  renovation job was funded by DESOPADEC and that  the school was  now ready for use.